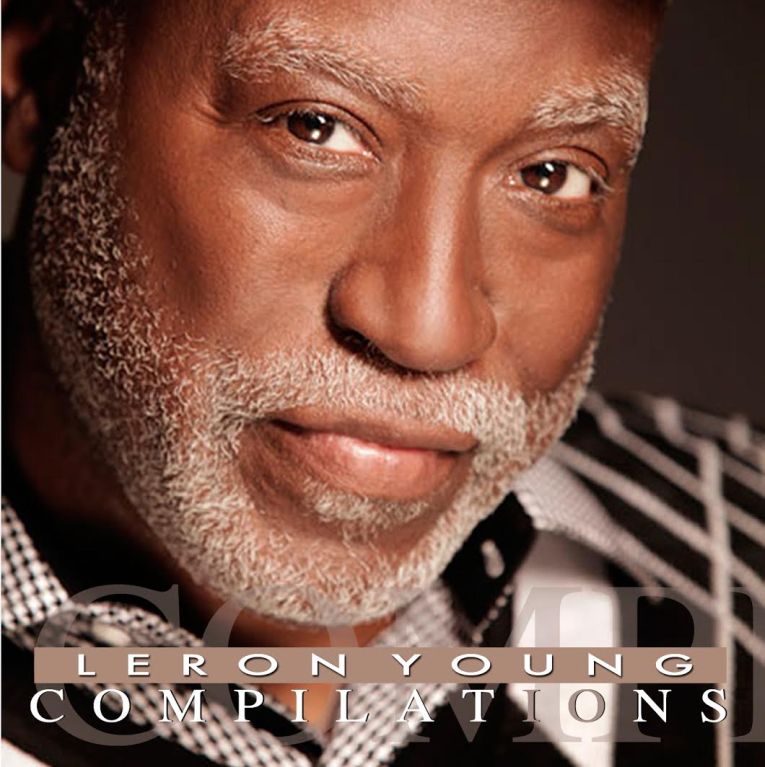 Leron Young moved to Washington, DC with his mother from South Carolina when he was six years old. His mother gave him a guitar when he was eight years old and he taught himself how to play it. Later in life he met a singing group called the Unifics at Howard University and started performing with them during the late sixties and early seventies. He also played guitar with the Five Stairsteps and Luther Ingram at Stax Records.

Leron studied electronics at a vocational high school in Washington, DC and studied electrical engineering in college. He worked as an engineer in corporate America, servicing CAT scanners and MRI machines in the medical field.

After starting his own business in1989, Leron mentored young musicians for the next twenty-six years. Music is his first love, but he saw a need to encourage better health and wellness in his community. He wrote his first book, “How Is My T.E.D.D.Y. ” Asking the question “How is My Teddy”? will help readers stay focused on the important things in life. T.E.D.D.Y. Is a tool used to help develop a life of joy, good health, and well-being. The Teddified brand is catching on with people seeking a path to wholeness.

In August, 2016, a new compilation CD of Leron’s best smooth jazz, blues guitar and inspirational instrumentals was released on CD Baby. The music can be downloaded from CD Baby here: http://www.cdbaby.com/Artist/Laron. His books are listed on Amazon.

BPM: Can you share a little about your life in the music industry with us?
I started player guitar professionally with a local group called the Unifics back in the late sixties. They had two national records called “Court of Love” and “ The Beginning of my End”. I was able to perform with many artist at that time with the Unifics. Artist such as James Brown, Gladys Night and the Pips, The Delfonics, David Rufin of the Temptations, Kool and the Gang, Roberta Flack, The Stylistics, The Isley Brothers and many more. While touring with the Unifics I got to meet and became friendly with another group called “The Five Stairsteps”. I eventually became a part of their organization for a short while. They had a popular record out during that time called “Oo Child”.

Later during my career I got another opportunity to play guitar for Stax Records. I was performing with the artist name Luther Ingram who was with Stax Records. He had a hit record at that time called “If loving you is wrong, I don’t want to be right”. I’m in the movie called Watts Stax that was filmed in 1972 at the LA Stadium. I was playing guitar with Luther Ingram. Isaac Hays, The Bar Kays, The Staple Singers, The emotions, Rufus Thomas, Richard Pryor and others were in the movie.

I became dissatisfied with the traveling and the lifestyle in the entertainment field and decided to come back home to Washington DC. I wanted to raise a family and not be on the road as much. When I returned to Washington DC I recorded on an album with Chuck Brown and the Soul Searchers. Chuck and I had been friends for a while. Chucks Producer at that time was a person name James Purdie. James asked me to go in the studio with them to record the album “Bustin Loose” in which I did. After recording the album I went back in the field of Electronics. I worked as a technician, CT & MRI System Specialist in Corporate America and eventually started my own business.

BPM: Introduce us to your book. Share any pertinent details about the development of this book.
The book grew out of my wanting to change some of my habits that were not serving me well or getting me the results I wanted and needed in order to be happy and successful. I got the idea for Teddy while attending a conference in Orlando Florida. After the conference, I was in my hotel room resting, reading and reflecting. The idea came to my mind, what question could I ask myself, the answers for which would give me directions for improving my quality of life. What question could do the same for others. The acronym teddy came to mind, and the question “How is my Teddy” was born. Following the acronym Teddy, the meaning of each letter manifested. T standing for thinking, E represent eating and exercising, D stands for drinking plenty of water, D represent doing what brings you joy and Y stands you loving you.

BPM: Our life experiences, challenges and success help define who we are on a personal and professional level. At what point in your career did you discover your real worth and own it?
I discovered my real worth when I was working as a System Specialist Engineer with Corporate America. I realized then what I didn’t want any more in my life. I was thankful for the opportunity to learn CT and MRI in Corporate America, but I wanted now to apply that knowledge in my own business. I wanted to use my musical ability along with the technology that I learned in Corporate America. I felt that my calling now was to use all that I had learned up to that point.

BPM: How can one live authentic life, true to self, personally and professionally?
It starts by paying more attention to yourself. Pay attention to your thoughts and your awareness of your thoughts. Focus on what’s bringing you joy and not the things that are giving you unpleasant emotions. Start trusting in God and yourself. Realize what your gifts are and start using and develop them to a higher level. Everyone have a book within them. Find that book that is within and write it. It will benefit the writer and possibly many others. You will become authentic.

BPM: Do does your book impact black men and people with chronic illnesses?
Many of my Black brothers have low self-esteem and we use food as one of the things to satisfy the craving that we have to empower ourselves. Unfortunately the food is doing more damage than it is helping us. We are eating the wrong kinds of food. A lot of the foods we eat are acidic and cause lots of different diseases to manifest in our bodies. We need to eat more foods that are alkaline. Diseases can’t live in an alkaline environment. By reading this book and applying all of its principals will give black men and people with chronic illnesses the opportunity to experience self-awareness and unlock the power of their mind, body and spirit. My book Teddy gives them a tool that can be used to reverse some of their illnesses by positive thinking, eating the right foods, getting more exercise, drinking plenty of water and staying focused on what brings them joy.

BPM: What advice would you give a new business owner?
Chose a business that will utilize their gifts. Don’t try to reinvent the wheel. Ask many questions about the business you want to pursue. Get advice from those who maybe in the same business. There are many resources on the internet. Develop the skills needed to run the business and surround yourself with talented people and don’t be afraid to let an employee go if they bring no value to your business, Trust your instinct and don’t be afraid to take chances. Have fun and listen for the directions from God that you should take and have faith that you will succeed following your dream.