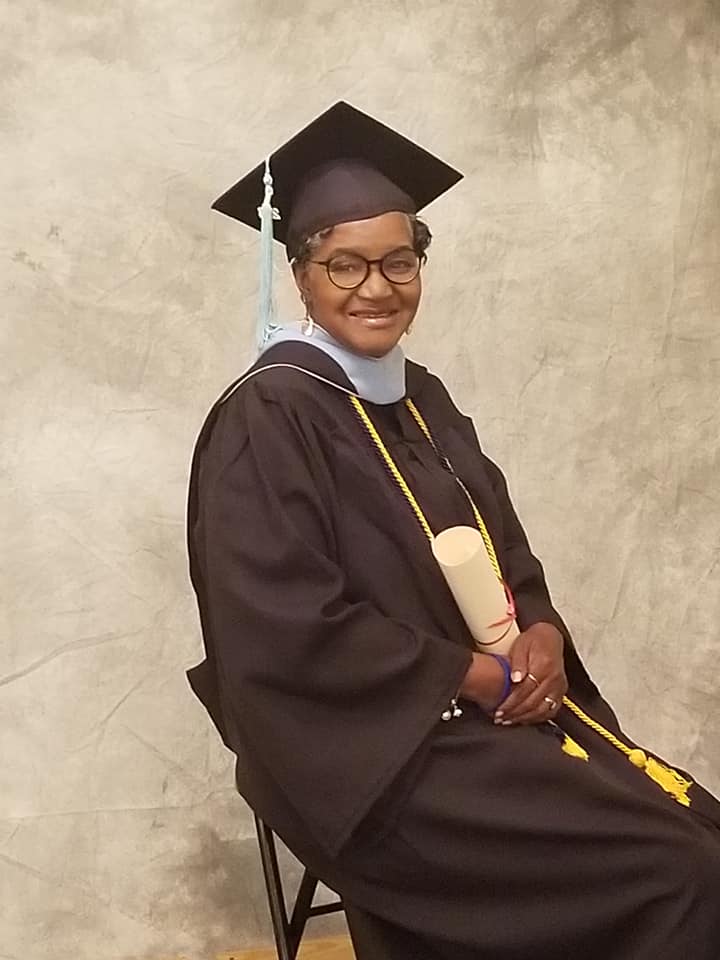 I have a big smile on my face in this photo, but there was a sense of brokenness filling my soul. My child was sick and it was tearing me up inside. You see, about two years ago I told my eldest son to get an insurance policy on his baby brother, William Jamaal Sistrunk Sr. (we called him Mally). Call it a mother’s intuition. I saw my child spiraling downward and I knew he was headed toward a dark and dangerous path. My suspicions were based solely on Will’s behavior. Will was sneaking and creeping and the disease of addiction had him caught up in meth.

Four years ago, he moved to South Carolina with his family and unbeknownst to us, at the time, Will brought his disease with him. The worst of him began to show. It started with the stealing of electronics from the family. My mother’s laptop was the first to go.

William’s companion and mother of his children left him when he didn’t come home at night and couldn’t hold a job after relocating them to South Carolina. He was hanging with “his friends instead of working.” When asked about his drug use, he told us he enjoyed doing drugs, it took him out of his reality.

One day after work I noticed my back door open and my house had been broken into. I knew it was Will because it was a personal robbery. He left my granddaughter’s notes all on my floor. He took some keepsake jewelry, my laptop and my iPad. What upset me the most was my dissertation/thesis was on my laptop. I had all my research, but 13 pages of information was gone; 18 months of work, gone just like that. It was nothing the police could do about the break in. Despite all that when he knocked on my door, I would give him something to eat and a couple of dollars. He was our “love child.”

We tried every thing to help him and to show our support. After numerous attempts to send him to rehabilitation centers, he refused to go. His friend took him to a rehab, he didn’t go in. After many attempts at getting him a ride to Greenville, SC  for rehab, he didn’t go.

Will grew up in twelve step meetings with me and I often said to him and his brothers, “One day you going to get yourself into something  your mother can’t get you out of! If you pick up the first bad habit, drinking, gambling and/or drugs you are off to the races.”

Six feet one, light skinned and handsome, he was noticed when he walked into a room with his cocky self. (Many said he was my identical twin.) Apparently, Will enjoyed living life on the edge and thought it couldn’t happen to him. He didn’t heed my warnings, I watched my son spiral from beer, cocaine, meth and finally “the deadly gray.”

Like many of the lethal opioids that comprise it, a single dose of gray death can and will kill.

The National Institute of Drug Abuse states, “…this issue has become a public health crisis with devastating consequences including increases in opioid misuse and related overdoses. The increase in injection drug use has also contributed to the spread of infectious diseases including HIV and hepatitis C.”

The Addiction Center states that the numbers are staggering, the data is so overwhelming that 2020 numbers of overdoses won’t be known until next year. However, “115 deaths across the US have steadily grown over time. There have been 115 a day, on average since 2014.”

Last summer, Will must have gotten a bad batch of the stuff. I took him to the nearest hospital, and they would not keep him because he did not want to cause bodily harm to himself of anyone else.  Really!?

Will went to church with me and that very Sunday and “the Prodigal Son” got saved. One of our Deacons, who works for the Vocational Rehabilitation Center for three counties, spoke with him and the family. It was set up for Will to go to Florence, SC but the disease of addiction was stronger.

One night in September, 2019. I could smell him before I saw him as he climbed in my mother’s back bedroom window. I got sick to my stomach. I called the same Deacon to the house again for an intervention. Will told the truth about some things and realized how bad his addiction had become, however that disease had my son lock, stock and barrel.

His six children didn’t matter, numerous friends, his family, good jobs…nothing mattered except finding ways and a means to get one more hit, by any means necessary.

Frightening is not the word to describe watching your child ruin their life. The feeling of being powerless is overwhelming because there is nothing you can do because he is a grown man that does not truly want to be healed.

We always had hope that he would come to his senses and seek help. This kid always landed back on his feet! Even though it seemed as if things weren’t going his way, he was a fighter. Not even incarceration for 6 weeks would change him, he was  right back in the streets and back to living life on the edge.

In the winter of 2019, my son William signed himself out of the hospital after a 23 day stay. He had emergency surgery on his shoulder. The professionals told me Will was allegedly shooting-up in his shoulder and it became infected. This mishap turned into a positive.

For Christmas, I saw the old Will, the child I used to know. Will was getting healthy, he looked good while in the hospital. He trusted his doctors. He trusted his oldest brother to come through for him, as well. They all trusted him and believed he was on the mend. His disease could manipulate anyone. After 23 days, he had cabin fever and was ready to leave the hospital. He left the hospital and got high that very night.

He came back to the house and gathered his most valuable collection at the time to trade for dope. I anxiously waited for my telephone to signal a text from him. I kept waiting to hear him call and say, “Mother, can you come pick me up if you are up to it, please.” He would call me to come pick him up because the people he traveled with would take him to remote locations and leave him. Baby, that’s the streets, you live by their games.

After many days and nights of anguish, I asked my son would he like to get away and go on a family vacation. He told me he hoped he wasn’t too sick. It’s painful to even type that this was a day filled with fear and distress. Will was dope sick. It was an obsession and compulsion so bad my son was crying like a baby and told me he would walk to another town if he had to so he could score more dope.

Four days later, the dreaded telephone call came that changed my reality. Will was gone. I started shaking. See, thirty days before that I saw my son’s casket in a dream. I didn’t know it was his until I had no choice but to pick it out in the funeral home.

The reality of his utter desperation, the memory of the bitter nights in jail, institutions and finally death, all set in…Will was gone…my son had allegedly succumbed to the gray death. The coroner gave us a picture of what happened to Will, but the autopsy report has been delayed.

As I sat in the funeral home looking at my deceased child, my four grandchildren shattered, his baby brother so shook he wanted to punch a hole in the wall, I said “Why wasn’t all this outpouring of love and support enough?” I knew in my brain, but my heart needed the answer.

As an African American mother, some folks are saying their children died of a “accidental overdose” well I don’t know exactly what my son died from yet. However, I do know it was not no accident. As the grief comes in, I am angry and hurt! I keep asking if Will was with others getting high “why are they still alive?” It’s grief, I know it, but as a mother the questions are haunting.

I’ve always been a woman to knock down doors and make room for the next person. We as a society are not talking about how we can survive the death of a loved one caught up in the Opioid Crisis. Well here I am! I’m still numb; there is still a finalization process of my son to conquer mentally and physically. It hasn’t “hit me yet” as they say.

Well, let me assure you this club of grieving mothers is not for the weak. After all the worry, pain and fear, I closed the casket on my bouncy baby boy, who entered and exited this world prematurely. No more carrying my electronics in the car in fear. No more locks on bedroom doors. No more calls at all hours. No more wondering when the final call is coming…it came…we are here now.

When is enough enough? This is a wake-up call for my family! When does it end? What will it take for society, our government and medical professional to get control of this plight ruining our families? We know where the drugs come from!

A few days ago, I was watching something on television and a sense of loss washed over me, and the question popped up, “Why didn’t my son tell me he wanted to die?” I had to refer back to the fact that grief comes in five stages: denial, anger, bargaining, depression and acceptance as we grapple with living with the heartache of  losing a loved one. And I’m in the midst of it all!

My son’s spirit came to me the night he was buried, I could sense a strong smell of him and I told him to go check on his baby girls and his brothers. Jamaal (Will) also came to his god-sister in a dream; he was driving, music was playing he kept looking back at her and telling her, “I’m okay, I feel much better now.” I’m a strong woman of faith. I know my son is at peace in my heart. No more suffering, no more agony, and no more pain.

After the funeral, my youngest son jumped on the hood of my car! (They do things differently here in the South than up North.)  Jamaal’s companion, for over twenty years, snapped four pictures. In each picture there is a break in the clouds and a silhouette of a face.

Many say the image in the clouds was my deceased son, Will. I say it was the ancestors.

Viewers of the photos and the actual break in the clouds, told to me it was a divine sign that Will was home and at peace. I didn’t have to be told that… I felt it in my heart! He is now home. Forever age 35.

I urge each of you to read this article, Addressing the Opioid Crisis in 2020. Families are seeking answers and society is not handling this crisis as it should. 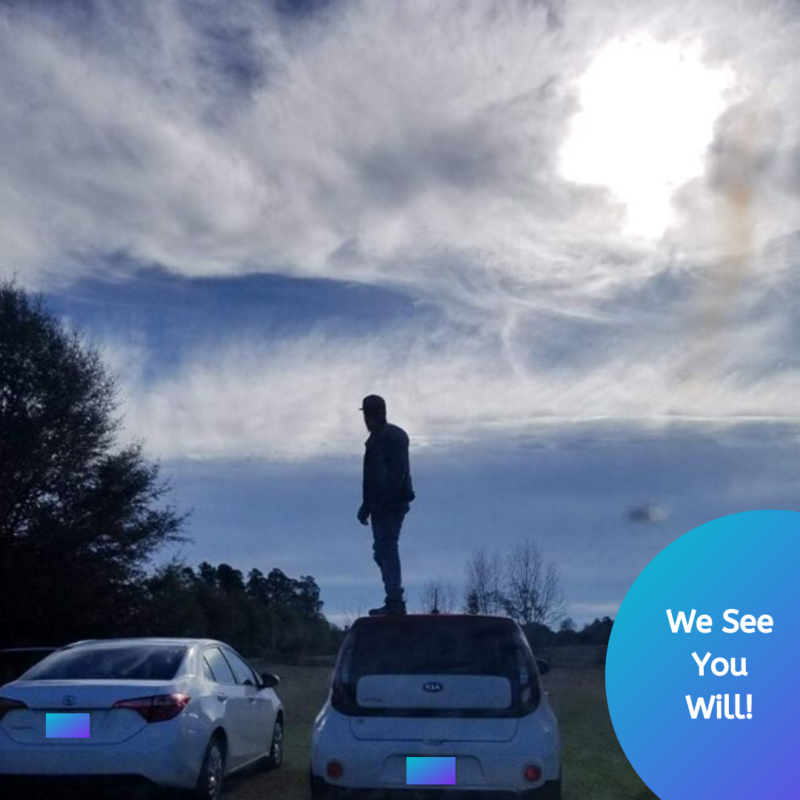 Gail, holds a Masters in Theology. She completed her undergrad specializing in Social Work at Syracuse University. She loves the Lord and honors her position as Church Clerk and Superintendent of Sunday School.

Gail is the grandmother of six lovely children and mother of three adult children; they’re close to her heart.

Currently living in South Carolina, she loves to listen to music as a member of the Classic Soul Sisterhood and the Friday Night Love Zone.  She is an avid reader and book reviewer for the Sankofa Literary Society. Gail loves to travel, keep up with fashion and hang out on Pinterest.