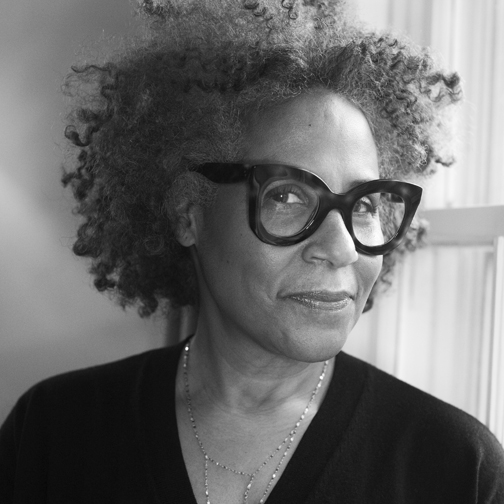 Benilde Little is the bestselling author of the novels Good Hair, The Itch, Acting Out and Who Does She Think She Is? She has been featured in The New York Times, The Washington Post, Essence, Jet, People Magazine, Heart and Soul, More magazine, among many others. She has had numerous media appearances including NPR, the Today Show, and Tavis Smiley.

The Go On Girl Book Club selected Good Hair as the best book of the year. Natalie Cole bought the film rights. Benilde’s writing has appeared in numerous anthologies, including Honey Hush and About Face. She was a finalist for an NAACP Image Award.

A former reporter for The Cleveland Plain Dealer, The Star Ledger, People and senior editor at Essence, she has been a creative writing professor at Ramapo College. She lives in Montclair, New Jersey, with her husband, two children and dog.

BPM: You are known for your novels, Good Hair, The Itch, Who Does She Think She Is?, Acting Out, why nonfiction, why now?
It wasn’t a conscious, creative choice to write a non-fiction book. It was the place I was emotionally in, where this was all I could write. The feeling of hopelessness, grief and sadness was so all consuming that I had to get it out of me. I suppose I could’ve approached those feelings in a fictional form, but that never even occurred to me; wasn’t a thought. It was not the write format. Toni Morrison has said to write the book you want to read. I believe that, but I also know that this was a book I had to write and I did write it for me.

BPM: Welcome to My Breakdown, the title of your new book suggests a light tone, but the book is anything but. You write that when your mother died you weren’t sure how you would survive. Was it difficult for you to write about your depression?
Sometimes, but not as much as one might imagine; I wrote this book in pieces, so sometimes when I was writing about it, I wasn’t consistently living with it. When I’d research other writers talking about their depression, William Styron and David Forster Wallace, in particular, but also Terrie Williams, in her book Black Pain (in which she writes about her own depression and others’), I felt less alone. Feeling less alone helped me to feel somewhat better. What was hard was re-reading the descriptions of that time. There were times when I’d scan it and other times when I’d cry and sometimes I could read it at a remove.

BPM: Do you think that this book might encourage candid conversations in all communities, but particularly the African American community about depression?
That is my sincere hope. I think it will. It’s been said that the book is honest and bare and I think that will give some people permission to take a deep look at one’s self in an honest, and hopefully compassionate, way.

BPM: Clara Little is the beating heart of this book. What a remarkable woman your mother was, a loving, devoted mom, a wife, a political activist, community organizer, a feminist before the word had currency. What was it like to be the center of that much love and affection?
You don’t know what you don’t know. I thought all mothers were like her. It wasn’t until I was in adolescence when I began spending lots of time at the homes of friends where I got to see other moms, who were very different than mine. I realized and appreciated her as an adult and especially when I became a mother and I could finally realize what sacrifices she made and what a difference in my life all that love and affection made. It’s why I could grow up in Newark and have the life I have now. Her expectation of my brothers and me was that we become productive, college educated citizens of the world. She’s why we didn’t become teenage parents or get addicted to drugs or crime. And we weren’t put in a bubble, either. The downside of all that intense love and affection is that I have a very high bar for what I expect love to feel like. It’s another reason my grief was so great–knowing that no one will ever love me like she did. It’s a somewhat hybrid blessing.

BPM: Clearly you and your husband are more affluent than you were growing up, you live in a wealthy suburb, and enjoy many material possessions that were beyond your parents’ reach. There are hints here that you are an old school, hands on mother like your mother was. Do you consider yourself the same kind of mother as your mother? What’s the same, what’s different? What’s your most important job as a mother in your view?
To me the most important thing a mother can give her child is a solid sense of self. I’m not sure it’s possible to do this completely but if you can instill in your kids that they are good just the way they are, then they can do anything. They can be fulfilled, they can be secure and can find their purpose. I don’t think our parents were thinking much, if at all, about our psychological health.

I think my mother was ahead of her time and she was very intuitive, but I know she wasn’t consciously thinking about it. She didn’t belittle us; she would never slap us in the face because she believed that was demeaning (although she did get that strap and put it on the butt).

I’m similar in how I’ve raised my kids in terms of being fiercely in their corner, advocating for them, loving them fiercely, but no spanking. I believe that that diminishes them and it’s not effective. I don’t want to rule from a place of fear. I think if they respect you, they want to please you. This is not to say that they won’t mess up and that they won’t do things that hurt and disappoint you, but ultimately disappointing a good parent is not something a child will want to do.

When I got older, college age probably, it was hell to me to disappoint my mother. I see a lot of that in my daughter. It’s there with my son, but buried, I think because he’s a teenager. I believe in punishment for bad behavior. Like my mother, I hate lying and go nuts when my kids have.

BPM: Readers will welcome your candor about dating, marriage, family, and children. You are in a long marriage with a child in college and another in middle school. Can you tell us succinctly how the dream of having it all, like your character Alice in Good Hair reconciles with the reality of family, marriage, and children?
Well, what I know for sure is that there is no such thing. There have been tradeoffs. I began writing fiction shortly after we got married in anticipation of having children and wanting to be home with them. I began a career I could have and still be home with my kids. I quit my job at Essence because, for me, it was too demanding to do and be the kind of mother I wanted to be.

I don’t know if I’d make the same decision today, but that’s what I was thinking at the time. There’s no easy, right answer. You give up your job, you give up part of an income, which impacts your lifestyle, which can impact your relationship. I don’t know if one ever truly reconciles. You might be able to “have it all,” but not at the same time.

BPM: We lose our parent, that’s an inescapable truth. Is there anything about the grieving process that you can share with others to help them through grief?
Give yourself time. There’s no one-way to grieve and there’s no time limit. There are those stages: shock, denial, anger, bargaining, guilt, sadness, acceptance. Those things can show up in different order or you may not experience each one. For me, I felt like I didn’t have a choice. It was a wave that simply knocked me down and I was in an undertow. The best was to recover in an undertow is to give in to it. I gave over to it.

Now, I didn’t have a job in an office where a boss was expecting me to perform everyday. For people who have to get back to work, I would still advise them to give the grieving process as much time as you need. Do your work and go home and give yourself permission to feel like crap, to cry, to rail, all of it.

BPM: In the end, would you say that there was anything beneficial or redeeming about your depression?
It made me more compassionate, less arrogant, but also less tolerant of people who sit on the sidelines of their feelings. It helped me get clear about who I wanted in my life. I got in touch with my need for gentleness, gentle people who are also willing to be vulnerable and real. I’m no longer close to people who are disconnected from their feelings, because they can’t truly be aware of others.

BPM: What’s the takeaway? What do you want people to get, to do?
To take off the mask. I look forward to having honest conversations about some of the topics in the book, grief, motherhood—staying home/having a career, depression, mid-life, perfection pressure. So much of what we do in this culture is to soothe our wounds: we buy too much, eat too much, and drink too much. Don’t get me wrong, doing the work, looking at one’s self and examining all those warts is not easy. But I believe, in the long run, it’s the only option.

Order Welcome to My Breakdown: A Memoir by Benilde Little
http://www.amazon.com/Welcome-My-Breakdown-A-Memoir/dp/1476751951