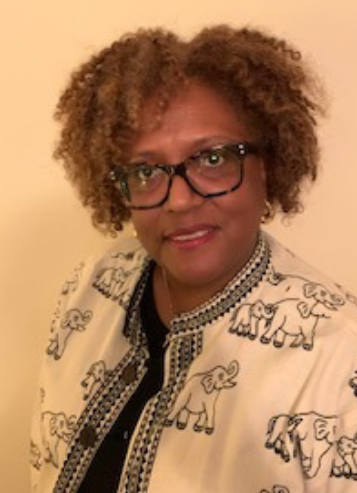 A Chicago native, Barbara Keaton loves the city and says she cannot imagine living anywhere else. Educated in Catholic schools up until 12th grade, Barbara credits the Oblate Sisters of Providence, the oldest order of black nuns, and her late maternal grandfather, Thomas Hill for her love and respect for the written word.

Barbara’s first romance novel, All I Ask, was published in 2000. Since then she’s gone on to write a total of thirteen romance novels which celebrate black love. In addition to her books, she’s also written several articles and editorials that have appeared in various publications: Today’s Black Woman Magazine; The Chicago Crusader; The Chicago Defender; The Chicago Reader; Bronze Thrills; True Confessions; and, Affaire de Coeur.

Barbara holds an MS in Journalism from Roosevelt University and belongs to several civic and professional organizations, namely Delta Sigma Theta Sorority, Inc. In her spare time, she’s an avid reader and writer.

Married to a minister, Barbara has no children of her own, but she considers her niece and nephew, Stephanie and Matthew, and her stepdaughter, Candice, her “babies.”

In addition, she’s a grandma and a great-aunt. Barbara lives by a personal credo: I ANSWER TO TWO—MY GOD AND MYSELF!

BPM: Please share something our readers wouldn’t know about you.
I’m a super sensitive, old soul.

BPM: If you had to describe yourself in three words, what would they be? Funny, Loyal, and Giving.

BPM: In your own words, what makes you powerful as a person and a writer?
What makes me powerful is my faith and my belief in the written word as a way to impact change.

BPM: Introduce us to your most recent work. Available on Nook and Kindle?
Nights Over Egypt is available on both. It is a re-release of one of my favorite stories. Set in the land of Egypt, my story features a black female archeologist – something I have never seen on either PBS or the History Channel – who goes on a dig outside of Luxor, in an area that once was forbidden to outsiders. She’s granted permission to dig with one exception – her work has to be supervised. Enter the hero!

BPM: Can you share with us something about the book that isn’t in the blurb?
The importance of respecting other cultures – you see the heroine, Corina, take great care in respecting the Islamic culture of Egypt.

BPM: Are your characters from the portrayal of real people?
No, they aren’t – I don’t know any archeologists.

BPM: What specific situation or revelation prompted you to write your book?
I am a fan of PBS – that’s Public Broadcasting Service – and many years ago I saw this special on ancient Egypt hosted by Dr. Zahi Hawass, a world renown archeologist and former head of the Supreme Council of Antiquities in Cairo, Egypt. And as I was watching the program, I noticed that while I consider Egyptians African, I saw no black Americans. So, I created one.

BPM: Take us inside the book. What are two major events taking place?
Our heroine, Dr. Corina Camden, is excited about the dig, but not sure about having to be supervised; then she meets her supervisor, Dr. Ashalon El Asab, who is SUPER fine – enter instant attraction. How does she keep the relationship purely business while fighting her attraction to him?

BPM: Who do you want to reach with your book and the message within?
I want to reach those who are looking for the confirmation that its okay to dream and dream big; to chase those careers we rarely, if ever, see ourselves in.

BPM: How will reading your book shape the readers lives even though it’s fiction?
I believe it will let readers know that people of color can and should be a part of any industry that is available, that they want to.

BPM: What was the most powerful chapter in the book?
When they gave in to the attraction – when they decided, together, to stop fighting the attraction and open themselves up to the possibilities of a loving relationship.

BPM: Ultimately, what do you want readers to gain from your book?
Love and be true to your heart; have no fear – chase your dreams; and don’t let anything keep you from believing.

BPM: What do you think makes your book different from others on the same subject?
I don’t know – I haven’t seen another book like mine; besides, mine has people of color and a really smart African American sistah!

BPM: Share with us your latest news, awards or upcoming book releases.
Well, I’m now working on a single father story and I’m hoping to shop, once again, my 3-book football series. Now of course, the football series isn’t finished, but the first several chapters of each are and I have to admit that the characters are super smart, sexy and intelligent.