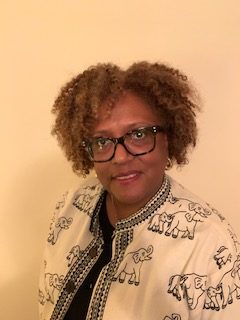 A Chicago native, Barbara Keaton loves the city and says she cannot imagine living anywhere else. Educated in Catholic schools up until 12th grade, Barbara credits the Oblate Sisters of Providence, the oldest order of black nuns, and her late maternal grandfather, Thomas Hill, for her love and respect of the written word.

Barbara’s first romance novel, All I Ask, was published in 2000. Since then she’s gone on to write thirteen total romance novels which celebrate black love. In addition to her books, she’s also written several articles and editorials that have appeared in various publications: Today’s Black Woman Magazine; The Chicago Crusader; The Chicago Defender; The Chicago Reader; Bronze Thrills; True Confessions; and, Affaire de Coeur.

Barbara holds a MS in Journalism from Roosevelt University and belongs to several civic and professional organizations, namely Delta Sigma Theta Sorority, Inc. In her spare time, she’s an avid reader and writer. Married to a minister, Barbara has no children of her own, but she considers her niece and nephew, Stephanie and Matthew, and her step-daughter, Candice, as her “babies”. In addition, she’s a grandma and a great-aunt. Barbara lives by a personal credo: I ANSWER TO TWO—MY GOD AND MYSELF! You can check Barbara out at Facebook: https://www.facebook.com/Barbara-Keaton-582585395172168/

BPM: What inspired you to become a romance writer? How long have you been writing?
I’ve been writing since I was like 11. My first diary is dated Jan. 1975; and I really don’t recall not writing. In regards to romance, I wrote All I Ask when my first marriage began to crumble – it was all that I had wished my first husband had been. After my divorced in 1998, I sent the manuscript to Genesis Press – got a letter some months later saying welcome to Genesis Press. In 2000 All I Ask hit the shelves and with a small break in novel writing, I’ve been writing ever since. Also, I love a GOOD love story, even more so Black love!

BPM: How do you think you’ve evolved creatively?
Wow, this is a good question. Once I wrote a heavy romantic story – light on drama, heavy on romance. And even I loved it. The hero and heroine were totally into each other from first glance. When I saw the reviews I realized that I had achieved what I set out to do. Then I wrote a romantic suspense, that didn’t start out that way – again, the views came back and I was like: that was what I was aiming for. So, over the years, I’ve tried to draw characters who are realistic, yet very loving, low drama, instant chemistry, going the distance to prove their love, while drawing more complex characters.

BPM: Do you view writing as a kind of spiritual practice?
Not sure about that. I do realize that there are changes in the business and I need to be aware of and abreast of those chances and how it may impact my work.

BPM: How has writing romance novels impacted your life?
It has been my outlet – my way to tell a story that hopefully plants in readers minds that we as people of color love – we love true, we love hard, we love to eternity. I truly enjoy creating the types of characters who are strong, independent, loving, protective – engaging in non-traditional professional roles. I’ve written about lawyers, archaeologists, and now a prince.

BPM: What was one of the most surprising things you learned while creating your body of work?
I love my characters – they are sorta like me or are who I once dreamed I could be. Also, I’ve learned that if I stay true to myself that all would work out. I had a publisher that wanted me to roll over into interracial – I wanted then, and I still want to now, showcase black love.

BPM: How do you find or make time to write? Are you a plotter or a pantster?
Deadline is a serious motivator and when its on I write every evening after I get home from work. I don’t write at work – its a lot going on anyway. Before I re-married in 2012, I used to write on the weekends as well. With a hubby, I must save some time for him! 🙂

I’m a pantster – I don’t find plotting out the story too appealing – I like letting the characters run away with very little restraint from me. As a matter of fact I’m a serial pantster – all of my work has been created this way. I consistently build on what I’ve started until I get this feeling inside that says: oh, yeah, Barbara – that’s it!

BPM: Have you considered writing in another genre?
Actually I have, in women’s contemporary. But for now, I’m still hooked on romance!

BPM: What is your story Heat at First Sight from the Love Like It’s Hot Book Set about?
A notorious playboy has to assume the throne of his island country because his father is retiring and his oldest brother is abdicating. In order for him to be king, he must be married. Well, he has no prospects and he doesn’t like the two women his mother chose for him. Then he meets the marine biologist hired to research what’s impacting the marine life. When the playboy prince sees her – its game on! Yet, he falls hard for her and sets out to marry her within 30 days – on the day of the island’s Independence Day. Will he succeed in getting her to agree?

BPM: Give us some insight into your main characters. What makes each one so special?
Mensah is a super smart, extremely intelligent business man who works to ensure the financial longevity of the island his family has ruled over for centuries – since the middle passage. An unapologetic playboy, he has a side of him he won’t show women. His having to assume the role of King as well as having to marry to do so has him flustered until he meets Trinity.

Trinity Nehemiah is a doctor of marine biology. She’s independent, smart and loves her work researching eco impacts on large bodies of water. The youngest of four boys, she loves adventure. When she meets Prince Mensah, she’s attracted on sight, but his show of arrogance turned her off. After a dinner with him and his family, she sees something there and allows him to insinuate himself into her life and her research – realizing no man had ever truly been interested her, in what drives her, nor her what her passion is.

BPM: Share one specific point in your book that resonated with your present situation or journey.
Change is inevitable and change can be good.

BPM: Is there a specific place/space/state that you find inspiration in?
I’m a chatty person who loves a good book, a good movie and hanging with people. I talk to just about everybody I come into contact with. I’m also a news junkie and I get out of sorts if I haven’t heard any in a couple of days. And I do ease drop on conversations heard in the store, at the beauty salon. LOL! As for where I write, I have a home office – so that’s where I write.

BPM: Do you want each book to stand on its own or do you prefer to write series?
Both, even though I’ve written two books that were connected – All I Ask and By Design.

BPM: Does writing energize you?
Yes, it does. I’ve got tons of characters running around in my head, trying to love and make it on paper!

BPM: Do you believe in writer’s block?
Yes, I do – there are times when I’ve written lines that just don’t flow – that just doesn’t make me smile or engage me. I’ve learned, though, to set it aside and allow myself to become distracted by something else. If it still isn’t quite right I start over or save it and store it – it may be useful in something else.

BPM: Is there one subject you would never write about as an author?
S&M/bondage- I’m way too sensitive for it, too sappy and don’t want to be spanked. Besides, to me, there is nothing loving or romantic in being beaten or chained.

BPM: Is there a certain type of scene that’s harder for you to write than others?
Anger – I’m rarely angry; oh, I get miffed, a bit upset, but anger is a hard emotion for me – it means being knocked off my square, so to speak, and anger tends to cause individuals to use hurtful words. I know that once words are out there they can take on a life of their own and angry words can and does irreparable harm. I know – I still remember things said to me out of anger or things I’ve said.

BPM: What projects are you working on at the present?
I have a series I’ve started…its about Football. I’m hoping to interest someone one of these days. I’m also working on a story about a single father.

BPM: Tell us about your most recent work beyond this collection. Available on Nook and Kindle?
I re-edited and re-released a short story: Show Me. Its an older woman, younger man romance. It’s available at Amazon.com and B&N.com

Other books by Barbara Keaton:

All I Ask
To Love and Honor: Homeland Heroes and Heroines Anthology
Unfinished Love Affair
By Design
Blaze
Cupid
Nights Over Egypt
Love for All Seasons Anthology (Spring Fling)
One in A Million
Destination Romance Anthology (Show Me!)
Good With His Hands Anthology (Mr. Telephone Man)
Clean Up Love
Show Me! (reissue 2019)