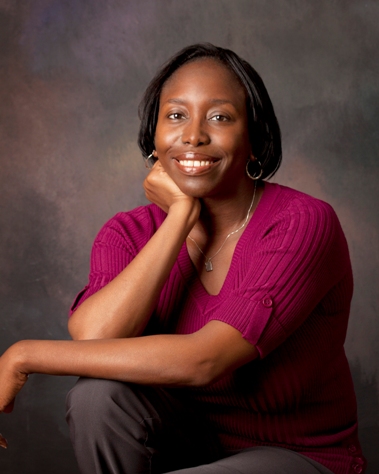 Ally Fleming’s world is one where the imagination is fueled by the suspense of fiction, the allure of romance, the depravity of villains and the potency of those who oppose them. Her work is influenced by an infatuation with powerful heroes, irresistible heroines, gritty story-lines, intriguing villains and the heat those forces generate.

She’s an award-winning author, with over 14 years in the business. Her writing creds span the historical and contemporary romance genres as well as contemporary and paranormal YA. She also dabbles in erotica. Ally Fleming is her pen-name for interracial (BWWM) suspense fiction. She’s more widely known as AlTonya Washington. Visit Ally Fleming’s Website

BPM: Could you tell us something about your most recent work? Is this book available on Nook and Kindle?
My most recent work is entitled “Intoxicated” and readers can find it on the Kindle and Nook platforms as well as a host of others. It’s an Interracial (BWWM) romantic suspense piece that features a couple who meet under seemingly normal circumstances but come to discover that their worlds are far more intimately connected than either of them can imagine. For our heroine Etienne Shaw, it’s a connection that’s she’s not at all comfortable with.

BPM: Give us some insight into your main characters or speakers. What makes each one so special?
The main characters are our hero Mercuri Nikolaides and our heroine Etienne (Tee) Shaw. I just had the best time creating this couple and their backstories. ‘Special’ is such a tame word to use when I describe them, I guess because they struck such a chord with me from the moment I envisioned them, their circumstances and what it would take for them to be together. I suppose if I had to pick the most special thing about Mercuri (aside from the fact that he’s to-die-for gorgeous), it would be the level of devotion he has for those he loves. At the onset of the story, that devotion only extends to his 4 best friends, but eventually comes to include Tee in a really powerful way.

As for Tee, readers immediately see that she’s a very small person physically. That was an aspect I enjoyed playing around with especially since Mercuri is-as the subtitle states- a giant, at 6’7 and well over 260lbs. Tee’s a really little thing, but you quickly see that she’s a force. It’s Tee who initiates the actions that set the stage for our story. She’s the last person you’d expect to do what she does to avenge what she’s perceived to be an injustice. I loved taking someone who would otherwise be underestimated and making them the most dynamic person in the book.

BPM: What inspired you to sit down and actually start writing this book? Why now?
As I state in the reader letter at the end of the work, I was in the process of getting ideas together for another project when this one just hit me. As I stated earlier, it’s an interracial romance and writing one of these has always appealed to me. Given that, when this idea came to mind and I knew that I wanted it to be an IR Suspense title it just seemed like the perfect time to get started on it. I’m not sure why this time was any different from any other time especially since I’ve crafted IR couples before. (Kraven DeBurgh and Darby Ellis in Lover’s Allure and A Lover’s Sin.) The fact that the desire to do this story hit again and so powerfully, just made me push everything else aside and dive in. So that my readers will know that it’s an interracial romance, I’m writing under a new pen name- Ally Fleming.

BPM: What did you enjoy most about writing this book?
I enjoyed so much, but I suppose it’s the sense of freedom I experienced. Aside from wanting to write an IR title, I also wanted to try my hand at a new series that could be read as a standalone. “Intoxicated” is the first of 4 and it was so freeing to be crafting new circumstances, new drama, new couples. In a sense, starting with a clean slate. I just completed the Ramsey Tesano series which has run for about 10 years. I’ve enjoyed every moment of crafting that saga, but it took a lot out of me. It was great to move into new territory.

BPM: Where do your book ideas come from? Are your books plot-driven or character-driven? Why?
My ideas come from so many places. Something as ordinary as a couple walking down the street can and has sparked inspiration. I’ve even gotten ideas simply from hearing (or coming up with) a new name and have been inspired to craft a story about the sort of person who might have a name like that. I would say my books are character-driven. Some might argue they seem plot-driven, but for me it’s the characters who drive the majority of how the plot is crafted. I’ve had chapters outlined just the way I wanted them, but once I actually wrote up to that point, things changed. The way I’ve imagined a plot usually doesn’t play out that way once the characters have come alive for me during the writing.

BPM: Are there under-represented groups or ideas featured in your book? If so, discuss them.
Yeah…for this one, yes. I often say that I don’t attempt to give a lesson in my stories. If that happens, it’s not intentional. When I sit down to write, I just want to tell a story. For “Intoxicated”, yes the events that take place do fix on underrepresented groups and themes. For Tee and her friends, they are four young women who make a decision out of desperation. Financial distress can bring about a lot of bad decisions that only make the problem worse. In this book a very bad decision is based on a need for money. The girls get drawn into a situation and, for a night, are labeled as something no woman wants to be labeled as. We tend to look down on such women, without ever knowing their motivations. We simply label these women as trash and keep moving.

On the flip side, Mercuri and his friends are attempting to distance themselves from an organization that raised them to be mercenaries. Here, we see these men who were taken as children with no one to fight for them and no way to fight for themselves. Once they are free, they don’t look back. Eventually, circumstances become such that they have to look back and finish what they started by destroying the organization they’ve killed for.

BPM: How does your book relate to your present situation, spiritual practice or journey?
Well I’m a single mom and that’s tough especially when you’re doing it on your own. I’m a librarian and an author and many times I find myself in situations where my finances can be called into question. While writing this story I couldn’t help but wonder what my reaction would be to someone offering me a ‘bail-out’ like the one Tee and her friends received.

BPM: Did you learn anything personal from writing your book?
I think it’s more accurate for me to say I reacquainted myself with things I already knew instead of learning new things. We all know you can’t judge a book by its cover and Tee blew that misconception right out of the water. If I learned anything, it was how to craft a total bad-ass out of the most unlikely character.

BPM: What were your goals and intentions in this book, and how well do you feel you achieved them?
I can say with a resounding yes, that I achieved my goals and realized my intentions with “Intoxicated”. I wanted to craft an IR Suspense title that wasn’t focused on the fact that this was a story about a white man and black woman falling in love, but of a man and woman falling in love amid a slew of villains and dangerous circumstances and oh, by the way, he happens to be white and she happens to be black. I didn’t want their race to be the overarching theme so much as the themes of desperation, revenge, desire and love that shape the storyline. Additionally, I wanted to craft a story that could be part of a series and also act as a standalone. I believe that effort was realized as well.

BPM: What projects are you working on at the present?
So right now, I’m working on another story that kicked me in the gut out of nowhere. This has been happening a lot lately and I’m running with it. This is slated to be an African American contemporary romance, but the storyline holds historical significance. The heroes and heroines of this trilogy will face a dark truth about the history of the island outside of Charleston that their families settled (or were given to settle) prior to the Civil War. The revelations they will uncover stretch into the present. They shed light; on not only the history of the island, but the truth behind what brought an end to their personal relationships before they had the chance to really begin. I’m looking at a Christmas release for the work tentatively titled “Tradition.”

BPM: How can readers discover more about you and your work?
My readers can find me mostly anywhere! Below are my social media links:
Twitter: https://twitter.com/Ramseysgirl
Facebook: https://www.facebook.com/altonyaw
Instagram: https://www.instagram.com/novelally/
Goodreads: https://www.goodreads.com/author/show/337210.AlTonya_Washington