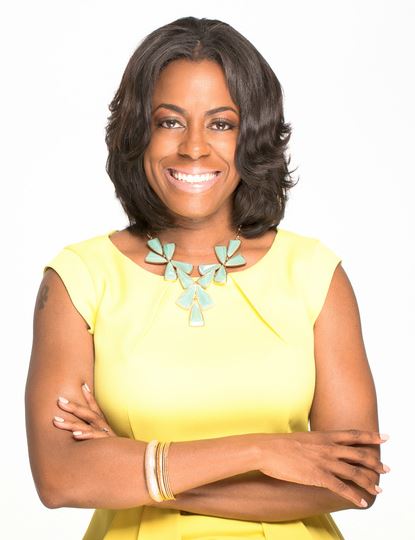 As a new author, Angie Ransome-Jones has already made her mark in the literary world since publishing in September 2015. Her self-published book entitled “Path to Peace, A Guide to Managing Life After Losing a Loved One,” chronicles her journey or finding peace after the sudden and devastating loss of her father in 2013. Now she has made it her mission and ministry to help others suffering the loss of a loved one, by providing advice on how to prepare for the inevitable and coping in the aftermath. After undergoing what she refers to as “the process,” Angie discovered that there is much more to death than laying a person to rest and outlines in the book, practical steps to not only dealing with loss, but preparing for it financially, spiritually and emotionally.

Since its release, “Path to Peace” has received wide acclaim – Angie has been a guest on both the Good Morning Texas and Local Memphis Live morning shows. “Path to Peace” was also recognized as a Good Read by the Arkansas Times and included in its 2015 Holiday Gift Guide and was on Amazon’s bestseller’s list for several weeks in 2016. Angie was also a featured author at the 2016 National Book Club Conference (NBCC) in Atlanta.

She holds an MBA and full-time position as a Banking Vice President and Project Manager and serves as a freelance yoga instructor, and has her own non-profit 501C-3 organization (Magnifying our Mothers M.O.M.).

When not traveling across the country sharing her message, Angie is spending time with her husband and two sons.
Lastly, Angie is an active member of Alpha Kappa Alpha Sorority, Incorporated and Toastmasters International.

“Path to Peace, A Guide to Managing Life After Losing A Loved One,” chronicles one daughter’s journey of finding peace after the devastating loss of her father. In the midst of grieving, Angie Ransome-Jones was suddenly faced with laying her father to rest, settling his financial affairs and reconciling her unresolved feelings over the loss of her mother. Watch as Path to Peace author Angie Ransome-Jones talks about preparing for the inevitable on WFAA- Good Morning Texas.  To watch the interview replay, go here.  Death is difficult but inevitable. Path to Peace provides practical steps for preparing for the inevitable and coping after death – it should be on every bookshelf!

BPM: Who is Angie Ransome-Jones?
Wow, great question! First and foremost, I am a Servant of the Lord; but I’m also a servant to those who need me. I am a mother a wife, a friend, a sister, a free spirit, a volunteer, and a yogi. I am many different things to many different people! My legal name is Angela D. Jones. I became Angie Ransome-Jones in 2015 after my Dad passed away and I published my first book, dedicated to his memory. Prior to that, only my friends and family knew and referred to me as Angie. Now, the masses know me as Angie and I’m OK with that because now I feel more free to be the same person in both worlds – personal and professional; although I still choose to keep both worlds very separate.

BPM: Have you always known you wanted to be an author?
No, I never had great aspirations to be an author. Writing a book was on my long Bucket List; but I never imagined that my book would be centered around such circumstances and would lead to this wild, but rewarding ride that I’m now on!

BPM: What led you to write: “Path to Peace, A Guide to Managing Life After Losing a Loved One”?
The sudden death of my father, Albert D. Ransome, in 2013 caused me to write the book not only as a therapeutic outlet and a “release” for myself; but also as a tool to educate others on the numerous things that I learned during the process of laying him to rest and settling his earthly affairs. As a bonafide “Daddy’s Girl,” my father was the closest person to me after my mom passed away, so as you can imagine, losing him so suddenly was truly devastating for me.

BPM: Why did you choose this title?
My editor and I considered a number of different titles and covers, but this one best described my journey in terms of the path that I traveled, which eventually led to an evolving peace for me. This same “peace” has allowed me to look at life very differently than I did before.

BPM: What were some of the benefits you experienced writing the book?
The book has allowed me to connect with thousands of people from all walks of life who have either had an experience similar to mine, know someone who has or are preparing themselves for the experience losing someone. It has also allowed me to travel the country speaking to and educating others on the subject and the necessity of preparing for the inevitable, which is death. The money I receive from doing what I consider to be “God’s assignment,” is just icing on the cake for me!

BPM: What were your most challenging moments writing the book?
Trying to separate my raw emotions from the facts and information that would be beneficial to readers dealing with loss. My editor revised it at least 7-8 times to ensure that it was transparent, without being too revealing in terms of my personal life.

BPM: Can you share one specific point in your book that resonated with you the most?
I think it would have to be the necessity of having what I refer to as a “Control Book.” in place. Having a Will and Life Insurance are necessary also, but just having something documented; a roadmap, if you will, for your family in case of your death, is just as critical!

BPM: Death is such a sensitive topic and is widely avoided, what are some ways survivors can effectively prepare for their own death to give their family peace when they leave this earth?
You’re absolutely right. My job is very tough in that my book is not something that all people are receptive to, because it deals with such an uncomfortable and taboo subject. But I can’t stress enough the importance of having those conversations, as difficult as they are, with your loved ones about your wishes. It should be a two-way conversation so that everyone is on the same page. And ensuring that those you entrust to carry on your legacy after you are gone are well-prepared; both directionally and financially.

BPM: What is it like to read the reviews of strangers who have read your book?
It is THE THING that keeps me going. Hearing my words repeated in context to how they affected a person’s life in terms – whether they related to it or reacted to it – is the most rewarding piece for me.

BPM: How has writing about your story impacted your life now?
I have definitely been busier than I have ever been in life, but in a great way!! I never imagined that the book would take off; let alone be a bestseller! I have been interviewed a number of times, featured in numerous magazines and recently appeared on Good Morning Texas, which was my first live TV appearance. I will appear again live on the Local Memphis Live show, which is similar to GMT. I feel blessed and honored and humbled that God has chosen me to deliver such an important message.

BPM: What advice would you give to someone who wants to write about their story?
I truly believe that everyone has a story in them; no matter if it’s a trial they’ve been through or a story of triumph or lessons learned they want to share. I used to consider myself an “accidental author” but then I stopped calling myself that because I realize that all of this was by design. God turned my pain in losing my father; actually both of my parents, into my purpose. In the words of the late, great Elie Wiesel, I encourage anyone who “survives a test, whatever it may be,” to tell his/her story because “it is his duty.”

BPM: Do you have any other organizations you are part of? If yes, please share.
Yes, I have a non-profit 501C-3 organization that myself and my Vice President Renea Mewborn started in 2010 called Magnifying our Mothers (M.O.M.). For years after my mother’s death from cancer in 2002, I struggled with Mothers Days and holidays in general; so founding M.O.M. came out of my desire to break that cycle and do something positive instead, that would not only help people who were bereaved, but also change my mindset about her death and make her very proud! M.O.M. assists the bereaved, including children who have lost one or more of their parents through the offering of donations to other local/nationwide charities, grief counseling resources, financial support (funeral expenses, etc.) and we are in the process of setting up scholarships for bereaved children under our Legacy Keeper Kids umbrella.

BPM: What else can we expect to see from you?
Another great question! My plan is to take a break to focus on my youngest son, who will be leaving home to attend college out-of-state. However, I want to continue to be led by God and let Him continue to order my steps, whatever that may be. I do have plans; however, to publish a companion Control Book that will accompany Path to Peace, which will come out sometime in 2017.

BPM: Please tell everyone how you can be contacted to support you by purchasing your products/services, book you for their upcoming events, or partner with you in your vision.
I’m more than happy to partner with others, answer questions, come and speak, etc.! People can reach me via email at:  info@authorangiejones.com  or  through my Author Angie Jones Facebook page.

My website is http://www.path-2-peace.com  and they can purchase copies of my book there or via Amazon.com.

Thank you so much for the opportunity Ella – I love and admire you more than you know for your loving kindness and authenticity and for executing your God-given vision!