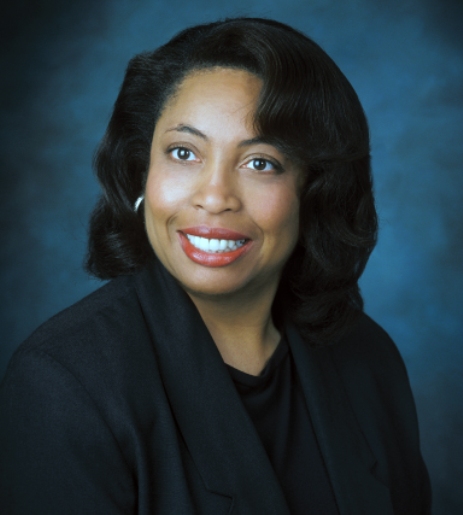 Lynn is the author of sixteen romantic suspense and mystery novels. A native of Louisiana, most of her books are set in her home state. Mix knowledge of voodoo, Louisiana politics and forensic social work, and you get a snapshot of author Lynn Emery.

NIGHT MAGIC was recognized for Excellence in Romance Fiction by Romantic Times Magazine. Her novel AFTER ALL was adapted for a television movie by Black Entertainment Television (BET) in 2000.  Lynn has been nominated several times for awards, and in 2006 won three Emma Awards for Kiss Lonely Goodbye as part of the Romance Slam Jam conference. Her latest novels are A Darker Shade of Midnight, a paranormal murder mystery, and Best Enemies, a cozy mystery. Lynn’s recent titles include murder mysteries set in Vermilion Parish, Louisiana featuring a Creole psychic and a Cajun deputy. The titles in this series are: A Darker Shade of Midnight (#1), Between Dusk and Dawn (#2), and Only By Moonlight (#3). Into The Mist (#4) continues the harrowing case files of LaShaun Rousselle and Deputy Chase Broussard. Into the Mist was released on October 1, 2016.

BPM: When did you get your first inkling to write, and how did you advance the call for writing?
I read The Murder of Roger Ackroyd when I was ten years old. I already loved reading, but that book with its twist at the end did it. I closed the book and decided I wanted to write mysteries. I didn’t even know who Agatha Christie was, or that she was a white Englishwoman who was already dead by then. I didn’t think about being a poor little black girl living in the south who couldn’t even get to a library. I didn’t consult anybody, which meant no one told me my aspiration was outlandish and impossible. I simply said, “I’m going to write a murder mystery. Life happened. High school, college and my entrance to the adult world of working nine to five. Yet twenty years later I went back to my dream and started writing again.

BPM: How did you initially break into the publishing industry? Did you ever self-publish?
I attended a writer’s conference within driving distance of my hometown. I took a fellow author’s advice to attend writing events where editors and agents would be presenters and taking appointments. The advice I didn’t take was to schedule an appointment with them, a mistake that almost cost me dearly. You see Monica Harris, the founding editor of Arabesque, was there. But I lacked confidence because I hadn’t finished my first book. I was told more than once not to expect to sell that first book. I also was told editors don’t consider, much less buy, unfinished books, certainly not from first time authors.

Another published author who belonged to my RWA chapter was horrified when I told her I hadn’t scheduled to meet with Monica. I was literally the only writer of color at this conference, and Monica was hungry for submissions. A young editor, Monica had been only recently hired by Kensington Publishers and her big assignment was to launch the first, and at that time only, line of African-American romances. My work-in-progress was romantic suspense.

This published author pushed me, not so gently, into approaching Monica during a break between her presentations. I went to my hotel room and quickly practiced a three to five minute pitch. I sweated during her workshop, and then screwed up the guts to follow Monica and introduce myself. In the hotel lobby I breathlessly pitched my book in the five minutes she graciously allowed me. About five or six weeks later, Monica called to offer me a contract. I sold my first book, and even though Monica knew it was unfinished. Night Magic was released in 1995.

BPM: What’s the most important quality a writer should have in your opinion?
I would have to say courage, with a capital “C”. If I hadn’t pushed up my own courage, I wouldn’t have met Monica at all at that small conference. So writers should have courage, which will lead you to another capital “C” word, confidence. Courage will give you the confidence you may lack in your developing skill as a story teller and promoter of your own work. Courage will help writers overcome the tendency to stay in their isolated, insulated little worlds. When you step out of your comfort zone, you’re willing to network with and talk to other writers and publishing professionals.

BPM: Can you share a little of your current work with us? Introduce us to your book and the characters.
Into The Mist is the fourth title in the LaShaun Rousselle mystery series set in Vermilion Parish, Louisiana. LaShaun teams up with Cajun Vermilion Parish Sheriff’s Deputy Chase Broussard to solve grisly killings in this lovely bayou setting. Using her psychic abilities and Chase’s crime fighting skills, they fight human and supernatural killers.

LaShaun Rousselle led a bad girl life in her teens and twenties, using the spells Monmon Odette, her beloved grandmother, taught her for all the wrong reasons. The results led to such a horrible string of events, that she left Beau Chene, Louisiana. LaShaun moved to Los Angeles with the thought that she would never return to Louisiana, much less Beau Chene. The series opens with her arriving back because of Monmon Odette, and over the course of the first three books she builds a life that she didn’t expect to have at all, including or especially in Beau Chene.

Into The Mist opens with LaShaun being drawn into yet another of Chase’s cases, a kidnapping. As the story unfolds, the evil that that seems to have put a child’s life in danger creeps ever closer to those LaShaun loves the most. Everything LaShaun holds most dear is on the line, and she has to find answers to protect her family and the world.

BPM: Are any scenes from the book borrowed from your world or your experiences?
As a clinical social worker, I’ve been involved in child welfare cases, attended school conferences to advocate for children, and conducted abuse investigations. I also worked as a juvenile court consultant and in a psychiatric hospital. Although I do research even with my experience, a lot of the issues about children in the child welfare and special education systems come from what I’ve seen up close. The children in Into The Mist face these same challenges for a unique reason, and flaws in both systems only add to their vulnerability, as LaShaun and Chase discover.

BPM: What genre is this book? Do you write all of your books in this category? Why?
Into The Mist is a mystery with paranormal elements. I write mysteries now, though my first seven books are romantic suspense. What’s interesting is I never intended to write romance. The first writing group I found, or rather a member found me because we worked in the same building, was a local chapter of RWA (Romance Writers of America). I even told her that I wasn’t writing romance, but she said that didn’t matter. So I joined. A published author who belonged to that RWA chapter advised me to try writing romance because editors were in the market for them in a big way (this was the mid-1990s). Breaking into the mystery genre was tough, but for writers of color it was pretty much impossible back then. I felt very discouraged until she told me about romantic suspense, the subgenre I hadn’t even heard of at the time. Once I found out I could kill people, the words started flowing on my first book.

BPM: Are there any areas of your writing career that you wish you could go back and change?
I’ve learned and been blessed to see the lesson in everything that has happened in my journey, so I can’t honestly say I’d change much. Even the bad helped make me either a better writer or better professional writer in terms of the business side of publishing. In 2000, I was blessed to have BET produce a made for television movie based on my novel After All. Holly Robinson Peete starred as Michelle Toussaint, a character I created. Seeing her on the screen saying that name gave me chills. Still I couldn’t really celebrate because BET used the old publishing contract I’d signed, and they were known at the time, to pay well below the industry standard for the movie rights. That was one bitter pill to swallow. Even worse, I couldn’t stop them from making the movie. Thankfully the script, performance and production came out fine. The only thing I would change, if I could, was for myself and the other Arabesque authors to have more leverage, support or legal alternatives back then. Still, I had fun throwing a premier party at my house. I got to ride in a limo to BET studios twice for interviews. And it’s kind of fun to say, “My second novel was made into a movie.”

BPM: How may our readers follow you online?
Readers are welcome to visit my website at www.lynnemery.com. I’d love for them to sign up for my monthly newsletter while they’re there. The newsletter includes exclusive free books and other goodies available only to subscribers, in addition to fun articles. Let’s socialize!