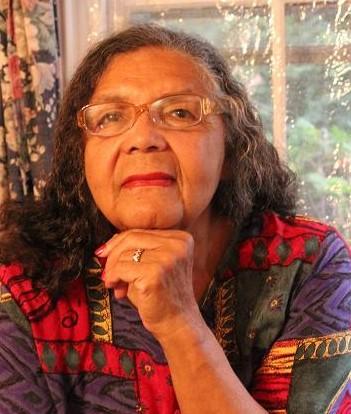 Alice Wootson grew up in Ronkin, a suburb of Pittsburgh, PA. She is a graduate of Cheyney University and a winning author of ten contemporary romance novels. Ms. Wootson teaches writing workshops and meets with reading groups.

BPM: What made you want to become a writer? How long have you been writing?
Ever since I can remember I was always reading. In my late teens I discovered romance magazines then books. One day I thought: I can write one of these. I did. It was terrible. I continued to try. Finally, when I retired from teaching, I wrote ‘Snowbound with Love’, and got up the courage to send it to Arabesque who published it in 2000.

BPM: How do you think you’ve evolved creatively?
I never wrote ‘sweet’ stories, but I moved into romantic suspense.

BPM: How has writing impacted your life?
It’s become an important part of it. When I travel, I’m always looking for an idea for a novel.

BPM: What was one of the most surprising things you learned in creating your books?
I can get ideas from anywhere.

BPM: How do you find or make time to write?
When I was teaching, I wrote as soon as I got home. Now, I try to write first thing in the morning.

BPM: Are you a plotter or a pantster?
Pantster. When I get an idea, I know the beginning and the ending. I fill in the rest as I write. It’s as if I’m watching the story unfold.

BPM: How did you choose the genre you write in? Have you considered writing in another genre?
I read mostly romance so that was a logical choice and I chose romance because I like happy endings. I departed a bit in two of the four novels I’ve completed. They are historical. One is a family saga based on my father’s grandparents’ names. (Not their story, though.) The other is based on a bit of his family history about an ancestor in-law who was a spy.

BPM: Give us some insight into your main characters. What makes each one so special?
Takeem El is a genius graduate student. He’s only 18. He’s picked up by government agents because of his name. They didn’t do a thorough check. Kelli Malone and Jake Landis, who have a history together, are the agents assigned to rescue him after the mistake is discovered.

BPM: Share one specific point in your book that resonated with your present situation or journey.
I was not/am not a genius as Takeem is, but there were/are times when I don’t fit in.

BPM: Are there certain characters you would like to go back to, or is there a theme or idea you’d love to work with?
I wonder what the librarian, Mrs. Taylor’s, story is.

BPM: Is there one subject you would never write about as an author?
Probably paranormal, vampires, etc. Notice I said ‘probably’.

BPM: Have you written any other books that are not published?
In addition to the two historical novels I mentioned, I have two contemporary novels completed. ‘Reunion’ is about a high school reunion and two characters who have unfinished business. I added resentment, embezzlement and a life-threatening condition to make it interesting. ‘Border Trouble’ is my third novel set on the Texas-Mexican border, but it isn’t connected to ‘Border Love’ nor ‘Border Danger’.

BPM: What projects are you working on at the present?
I’m working on Nate’s story. Nate is the brother of Chris Harris, the main male character in ‘Aloha Love’. Nate made me give him his story. He did. Whenever he was in a scene, he tried to take over. Really. I had to promise him his own story so he’d behave. I relocated him to Philadelphia. I haven’t worked on his story for a while and from time to time he bugs me.

BPM: What is your preferred method to have readers get in touch with or follow you?
Email is best. I’m on Facebook, but I don’t go there as often as I should.

BPM: How can readers discover more about you and your work?
Facebook is about it. I also have a Twitter account. As you can see, I’m old, old school. I write a newsletter. But not as often as I should. I post it on my website: www.alicewootson.net