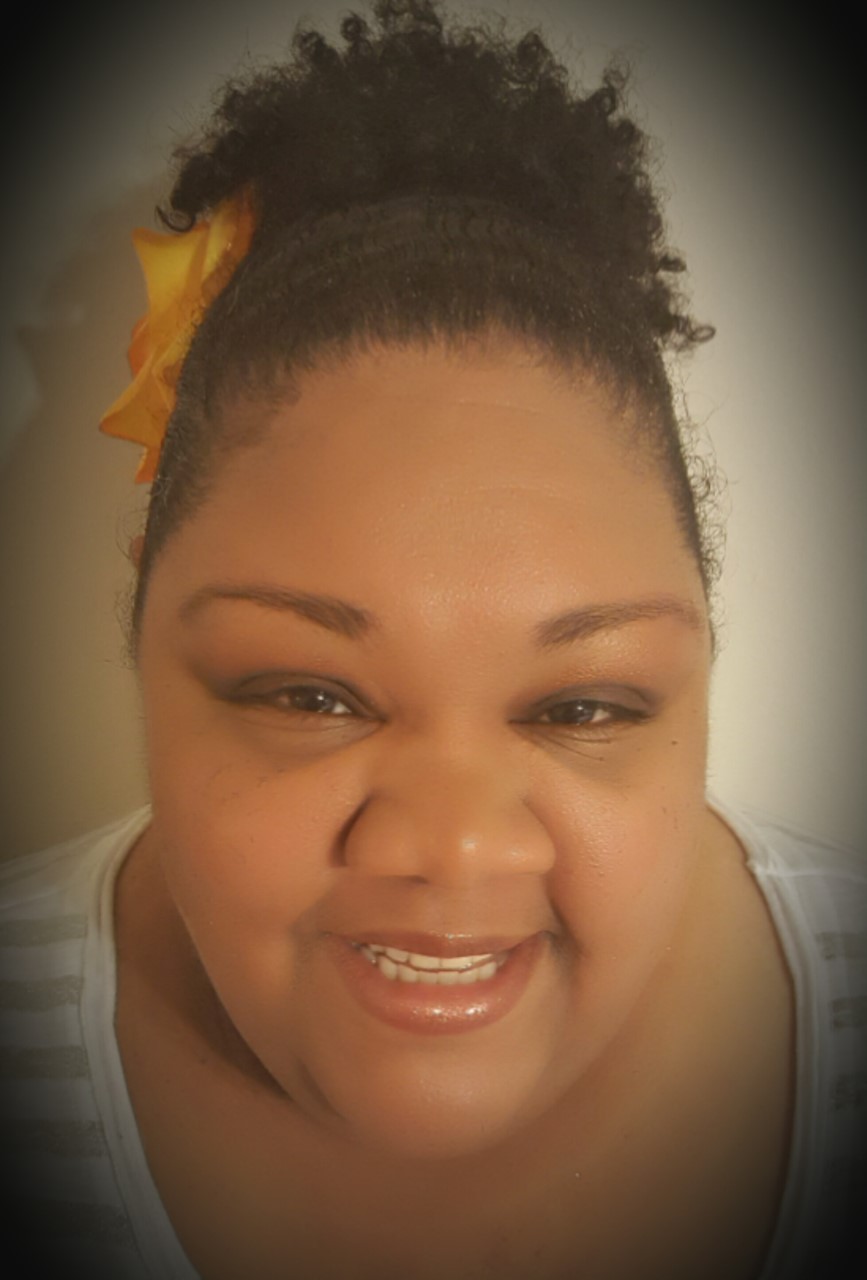 Kristina Smith has been writing since she could hold a pencil. She has a Bachelor’s in English Literature from the University of Houston-Downtown and a Master’s Degree from Walden University. She lives in Houston, TX where she teaches children to strive for excellence, and foster a love for creativity. When not writing or teaching, she spends her free time with family, friends, and nature, as well as traveling around the world exploring new cultures. Her love of music and quirky sense of humor is prevalent throughout her debut novel: Caught Up.

She describes Caught Up as more of a journey than a novel, a story where the characters become part of your life and you can’t help but to fall in love with them. There are life lessons of love, forgiveness, support, and faith sprinkled throughout, but mostly the book is just what it should be; something to get lost inside of. It’s the book you read by the pool, on the beach, curled up on the couch under your favorite blanket. With everything moving at such a fast pace these days, it’s good practice to take a break and let your soul be entertained by characters that become family!

BPM: When did you first get the inkling to write, and how did you advance the call for writing?
My third grade teacher used to make us use our spelling words in a story and when she wasn’t correcting my behavior, she would encourage my writing. I figured out that writing was not only fun for me, but a way to channel my energy, deal with issues, and make real life more exciting and at times, livable.

BPM: Tell us about your passion for writing. What drives you?
My passion for writing comes from blasting real life situation into entertaining stories, sometimes writing people as I see their alter egos or what they might do when put in tight situations. The passion is in pouring your mind out on paper and what drives me is seeing the reader feel all of the emotions that they get out of each character; be it laughing until your side hurts, tearing up because they have been through something similar, getting heated by a love scene, or connecting with a character because they see some of themselves or know someone like them.

BPM: Can you share a little of your book with us and introduce the book and characters?
The story is built around the relationship of four women who have grown up together since childhood and how life and real world challenges push in to threaten not only their individual sanities, but their friendships with each other. Kennedy is supposed to be written as the Alpha female/mother hen of the group, but finds out that she needs the rest of them to keep her together. Michalah is Kennedy’s baby sister who does and says what she wants, and is more than protective of her sister. Tia and Jordan are friends with both women and while they don’t admit it, look to Kennedy for guidance and sometimes approval.

All four of them have voices in the book as well as the two husbands; Preston with Kennedy, and Maxwell with Jordan. While Preston seems to be lost without Kennedy, his best friend Maxwell is seemingly the perfect catch. Though each make mistakes, they all mean well and will have to depend on God and each other for what is coming for them.

BPM: Did you learn anything personal from writing this book?
I learned a lot about myself through each character, and more so that no matter who I thought each character should have been; they all took on their own persona and sort of told me what to write about them. I learned that I am more sensitive than I thought I was to certain human conditions. Also Kennedy’s character became more of a problem for me to write because her experiences hit close to home on some levels in my life, even now.

BPM: Are there any scenes borrowed from your world or your experiences?
All four women are loosely based off of myself, my sister, and two of my friends. Preston is based on a mistake that Thank God I did not make (yes I am laughing here), and Maxwell is just the guy that I mashed together from the conversations of what my friends considered “The One”. The situations they are put in are fictional (mostly), but the way each character would have handled the circumstance is maybe spot on? There are some surprise supporting characters.

BPM: What advice would you give your younger self?
I would go back and tell her about what is going on in my life now and remind her to hold on to that childlike faith that I had as a young girl who believed that anything is possible with God, belief, prayer, and hard work. I would also tell her to learn how to be still sometimes and watch the wonders of faith at work and be thankful for everything; the lessons and the blessings! I would tell her to enjoy life, stay her eccentric self and start traveling a lot earlier, and keep leaping! My mom actually thought that I was going to end up living in the rainforest!

BPM: What was your primary quest in publishing this book? Why now?
This book sat on the shelf for years as a passion project. I let a few friends read it and after every chapter made my sister listen to me think out loud about it; all agreed that it was something that needed to be published. After rereading this story and my other writings I began to see myself as a writer and one day a published writer. A few years later I became friends with an individual who had a drive for their dream that I recognized in my old self and took the leap to have it publish and ended up doing it myself. Funny how people come into your life and inspire just by being themselves for that one moment. (This will one day be another book)

BPM: What are a few things different about your book?
There are two key differences I feel that makes this story different. The first is that I didn’t write it in any particular genre style, which becomes difficult when categorizing, because it has all the elements that I like to read. There are parts that are romantic, hilarious, action packed, heartwarming and heartbreaking, and a bit of suspense. The only theme that carries throughout the story is love and what it makes us humans do.The second difference is what I consider my writing soundtrack. For each section when a new character is about to speak, you’ll notice a song at the beginning. Sometimes it sets up the section, and sometimes it is what I was feeling at the moment I was writing. Music (listening) is a huge part of me when I write and the songs are multi genre as well.