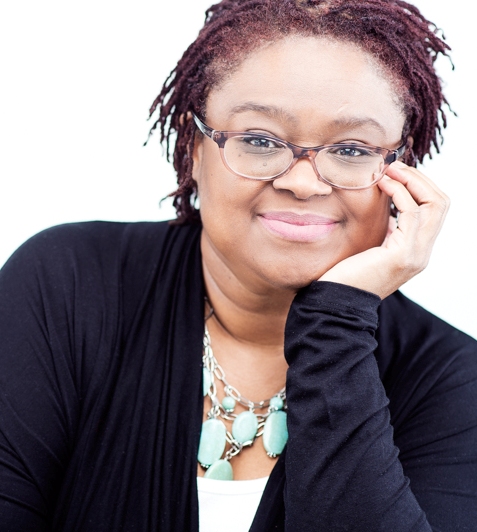 “J.D. Mason has become a major name in African American fiction. Her stark portrayals of her characters and their innermost thoughts bring the readers right into the emotional center of the story. Those who enjoy Carl Weber and Eric Jerome Dickey will add Mason to their list of favorites.” –Booklist

J.D. Mason is the author of more than twenty novels including Seducing Abby Rhodes, The Real Mrs. Price, That Devil’s No Friend of Mine, You Gotta Sin to Get Saved, This Fire Down in My Soul, Don’t Want No Sugar, And On the Eighth Day She Rested, and One Day I Saw a Black King.

During her career J.D. has been nominated for The Romantic Times Reviewers Choice Awards in the African American Fiction and Best Contemporary Fiction categories. Her work has appeared on bestseller lists for Barnes and Noble, the Denver Post, Dallas Morning News, and Amazon.com. In addition, she has also been featured in USAToday, Essence, Pride Magazine in the U.K., and Today’s Black Woman.

Q. What sparked your decision to become a writer?
A. An unhappy marriage and a long postponed decision to follow the dream to write a novel. The first time I thought it was really possible was when I read Terry McMillan’s “Disappearing Acts”. It was the first book I’d ever read that I, as a young, black woman could relate to and I marveled at the fact that, not only were our stories worth reading, but that they were worth telling. So, I decided to tell one of my own, and began my first novel called “And on the Eighth Day She Rested.”

Q. Is there a story or character idea out there written that you wish you could’ve written first?
A. Yeah, anything by Octavia Butler or L.A. Banks’ Vampire Huntress series. The Harry Potter series is at the top of my list, and maybe something exceptionally creative like The Alchemist by Paulo Coehlo, The Brothers Jetstream: Leviathon by Zig Zag Claybourne, or commercial gems like Waiting to Exhale by Terry McMillan or Addicted by Zane. The thing is, had I written any of them, they wouldn’t be the books that they are, and so, it’s all kind of moot.

Q. How do you develop such unique characters?
A. I let them develop themselves. Initially, I might have a general idea of what kind of character I hope to create, but as most writers know, with time, especially when you commit to writing a series, the characters naturally evolve into who they are meant to be based on experiences that reveal themselves throughout the story, relationships and other underlying factors. Characters in books evolve like real people evolve, and if a writer is paying attention, that’s the way it’s supposed to happen. That’s the part I find most exciting, too. If my main characters haven’t changed by the end of the book, then I’ve probably missed the mark somewhere.

Q. What do you love most/hate about being a writer?
A. I love telling myself the story and watching it unfold as I type it, as if I don’t know how it’s going to end, because 99% of the time, I think I know, but I’m always surprised. I hate that I can’t write faster.

Q. If you could go back in time and talk to your younger, aspiring writer self, what advice would you give baby J.D.?
A. I’d tell her that she was much skinnier than she believed she was, and to embrace how cute she really was. And I’d tell her to be true to her writing self. I’d encourage her to believe in her abilities and to write the kinds of stories that resonated the most with her. I’d tell her to not limit herself to writing in a specific genre and to write what she loved, to slow down, and to trust that she was a much more talented than she gave herself credit for. I’d tell her to be confident and to walk with her head held high because no one else would be able to tell the stories that she told, the way that she told them.

“Chock full of unexpected twists, turns, secrets, and spirits plus a healthy dose of redemptive love.” – Kirkus
When Abigail Rhodes bought that old house she fell in love with in Blink, Texas, she got more than she bargained for. After being told by the local psychic that it is filled with a passionate energy from the previous owners, who died years ago, Abby decides to fix up her beloved house and reluctantly moves in. But ever since then, strange things have been happening in her newly renovated home, and Abby has been plagued with dreams that wake her up and leave her breathless.

After a tumultuous life these last few years, Jordan Gatewood is following what amounts to a trail of breadcrumbs in an effort to find a renewed sense of purpose. Searching for the truth about the man his adoptive father really was, Jordan makes his way to the old house where his father was murdered, in Blink–and right to the petite, understated beauty that answers the door. It’s not long before Jordan realizes, quite unexpectedly, that Abby is the perfect woman for him. Jordan doesn’t believe in ghosts or fate, but he does know that the powerful connection he feels for this woman started the day he met her in that house and he is determined to make her his.

Robin is a successful Corporate Attorney and was proud to be the lover of the most sought after bachelor in the state of Texas–until he abruptly breaks off their relationship, leaving her confused, heartbroken and bitter. When she discovers that he’s left her for another woman, a woman she considers beneath her, Robin is determined to teach him a brutal lesson.

A man like Jordan has too many secrets, secrets that, if found out, could not only destroy his relationship with this other woman, but that could also cost him the biggest business deal of his life, and possibly, his freedom. Robin is the last person he wants to go up against, and she will stop at nothing to get him back or to make him pay for his betrayal, even if that means unleashing those secrets. The question is, will Jordan let her? Or will his all-consuming obsession with Abby win out, in Seducing Abby Rhodes by J.D. Mason?

“Readers are taken on a phenomenal journey that elicits gasps when the bombshell hits. Mason pens another astounding work.” ?RT Book Reviews on Crazy, Sexy, Revenge

“Taut, suspenseful and unforgettable. Run, do not walk, and get this book!” ?Zane, New York Times bestselling author on Beautiful, Dirty, Rich

“Mason’s characters create an addictive drama with universal themes of laying claim to family–and to the truth.” ?Publishers Weekly on Beautiful, Dirty, Rich

“Effortlessly leaves no stone unturned in the lives of these tormented characters. Mason will take your breathe away.” ?Romantic Times Book Reviews on You Gotta Sin to Get Saved