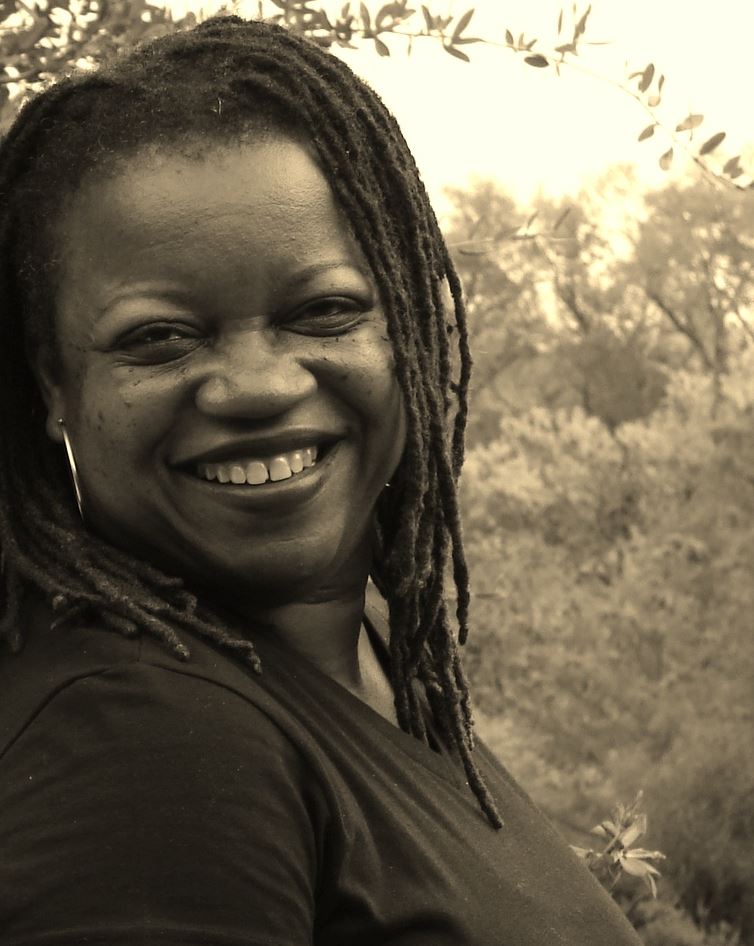 Karen J. Anderson loves to tell a good story and believes in the power of laughter.  When she graduated from high school she wanted to be an actor, and over the years has broaden her perspective and now tells stories through acting, film making, photography and writing.

She believes everyone has a story. She loves capturing moments that help others celebrate, think and appreciate all that they have.

Anderson graduated from Texas Christian University with degrees in Film Production and Journalism. She worked at newspapers, news stations and book publishing companies. She started writing stories when she was 12 years old and has been at it ever since.

BPM:  Tell us about your most recent work. Available on Nook and Kindle?
Destiny’s Dilemma is a historical novel about an African American woman who had to decide if she would live her life where she wanted to or where she was needed. This story is based on a true incident, but this is not a factual novel. I took a lot of creative license on this story. This novel is available on Kindle.

BPM:  Give us some insight into your main characters or speakers. What makes each one so special?
My main character is an African American woman and she is surrounded by lots of wild and crazy people. In DD, Zorida left her home a decade before the story takes place to find a life outside of segregated society.  She came home to 1912 Fort Worth Texas to find things had grown worse for colored people instead of better.  In this story the character had to decide to become part of a fight, she didn’t really have a stake in.

Rev. Norris, an Anglo preacher, tired of corruption in a city known for gambling, prostitution and drinking took on city officials and found himself on trial for crimes he did not commit.

Young and Anglo, James Montgomery hates the sleepy city of Fort Worth because of the backwards people, but his wealthy family owns a good portion of it. Zo catches his eye because she is unlike any woman in town, colored or white.  He will do all he can to win her.

Drew Forrest, a big handsome uneducated man had all the colored ladies chasing him. His goal was to have a gambling joint and his own stable of whores when he met and fell for Zo who wanted nothing to do with that type of life. She had a reason for running from it and he was going to find out.

BPM:  Is there a specific place/space/state that you find inspiration in?
God inspires me with a person or situation. I love authentic people so many times I see them in certain situations and that just sends the story on.

BPM:  Tell us a little about your creative process. What brought about the title “Destiny’s Dilemma”?
When you go and work at a job, or take a break from a job, you never think that it will change the trajectory of your life. She wasn’t sure which was her destiny. Should she go and become part of this movement that was sweeping the country and changing the lives of Colored people or should she stay and fight for someone who had everything against him? She wanted to be near her mother during her last days, but she also wanted to be part of the movement in its first formation.

BPM:  Where do your book ideas come from? Are your books plot-driven or character-driven?
They come from moments that can change everything. God gives me ideas then adds layers upon it.  Usually it starts with a character and her problem.

BPM:  Is writing easy for you? Do you feel lonely being a writer?
It depends on the story.  I have had some stories come easily where I can knock it out in a couple of months. I have one that is taking about three years. My struggle is I haven’t met that moment yet. As an actor you have a moment when you deliver a line that someone else wrote.  It becomes authentic to you and takes your character to a place where the author wanted the character to be.

In writing I have moments that help me understand each character better.  I could be talking to a friend or standing in line somewhere. A person will say something and I will get it. That is what my character is feeling at a certain moment in time. It is not lonely. Quite the opposite. It is full of people and stories. My struggle is to edit and say, you know what, I need to save this character for another story.

BPM:  What did you enjoy most about writing this book?
The Lord taught me several lessons during this book. My last two living Aunts were hospitalized on the same day. One eventually was released and went home, the other to rehab.  I did not know this aunt very well, but I got to know her as I visited her every day at the rehab. She would tell me stories of her childhood growing up in Fort Worth and I would share the family history I had researched.  I enjoyed incorporating aspects of our life into this novel.

I also enjoyed the history of the city and the places in it. This city used to be filled with gambling joints, saloons and houses of prostitution. As I was looking for an era I could use to tell this story, I was struck by the story of a preacher who tried to fight the corruption and almost went to jail for burning down his own church.

BPM:  How much planning goes into writing a book? How long does it take to complete one of your books?
I plan what I am going to do. I always like to know where I am going in a book, so many times I will write the end first. Some books take a few months, while others take a few years. It just depends on the moments and how quick they come.

BPM:  What advice would you give aspiring writers that would help them finish a project?
Think about where you want this story to go.  It is easy to hit a target. Make an outline and give yourself goals. (But don’t get discouraged if you don’t meet all your targets)

BPM:  What period of life or topics do you find you write about most often?
Adult. I believe in writing from what I know. I try to stay on ten years either side of my actual age. I like reflecting what happens to people at different stages of life. I love the humor in it.

BPM:  How do you feel when someone disagrees with something you have written?
Oh well. I don’t expect everyone to agree with my voice. I don’t agree with all author’s voices.  There are certain people I love, and many I can’t read. The folks I like, I really like. I have almost all of the books they have written.

BPM:  Are there under-represented groups or ideas featured in your book?  If so, discuss them.
Yes. I make a point of trying to include characters who might not be featured in other projects.  I do this across all of my platforms, film, screenplays, photos etc.

BPM:  Share one specific point in your book that resonated with your present situation or journey.
I love the thought of trying to figure out where to fight. Of course, when I wrote this it was not the case.  But now, there is this dilemma in my life of where do I take on corruption and injustice.

BPM:  Did you learn anything personal from writing your book?
I learned a lot because of the research I had to do. I also wanted to add information about other events that took place during that time so I learned much about the flood in Galveston, Texas and the beginnings of the NAACP.  In telling the story I wanted to capture the spirit of the time so the reader would understand the character’s struggle.

BPM:  Can you share some stories about people you met while researching this book?
Most of the people I met were dead, but I enjoyed researching their lives. I loved looking through the lives of the women journalist and how they broke ground for women working outside the home.

BPM:  How has writing impacted your life?
It is an amazing outlet to share stories of things I have learned.

BPM:  What does literary success look like to you?
People reading the books and connecting with the characters.

BPM:  What are the 3 most effective tools for sharing your book with the world?
Social media, book signings and conferences.