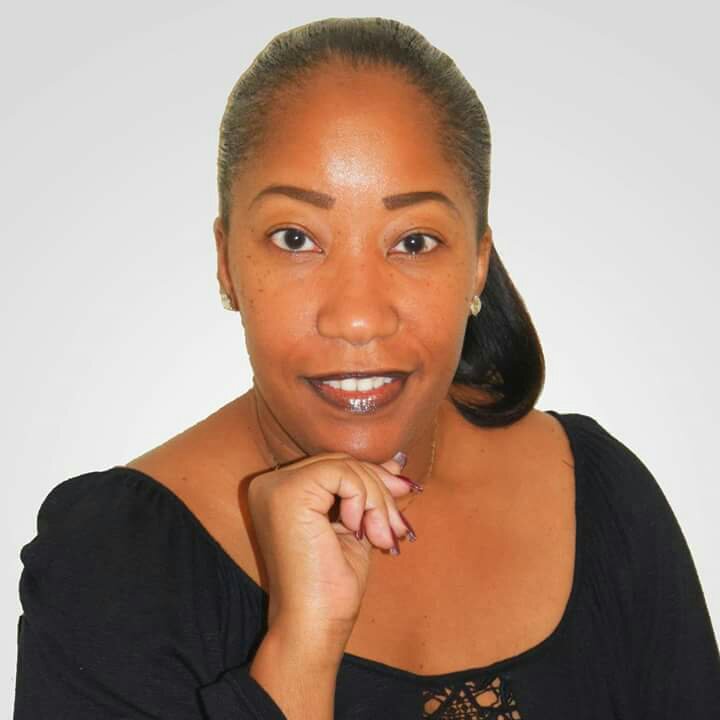 BONDED FOR LIFE by Tesa Erven

In the third installment of The Loose End series, we find Renee and Bradsen attempting to move past the adulteress relationship, turned down proposal and trust issues. While Bradsen remains optimistic, Renee fears that her scandalous past is a hindrance toward their future.

Meanwhile, Renee’s best friend Sabrina is overjoyed with her relationship with NFL rookie Derrick St. Jermaine. All is well with the two until photos mysteriously surface on the internet.

Derrick’s sister, Sonya, finds herself in a love triangle. During a lull in her longtime on-again, off-again relationship with her sexy firefighter, she begins to date the deejay of a popular nightclub she frequents. It’s all fun and games with Sonya until she finds herself in an unforeseen situation.

Which bonds are temporary and which are bonded for life?

About the Author
Tesa Erven rocks the pen when it comes to writing contemporary romance fiction. Bursting onto the publishing scene in 2015, she has already captured a large reading audience with her three-book “The Loose End” series. Tesa’s hectic life as a wife and a mother of two children, while holding down a full-time job, is the steam that pushes her to create a private world of her own.

This realm of unique, real and dramatic love stories is filled with suspense and riddled with plot twists. Escape into the world of this New Jersey romantic that will keep you intrigued and pondering what the next page will bring. You can visit her website at www.tesaerven.com or connect with her on Facebook at www.facebook.com/authortesaerven 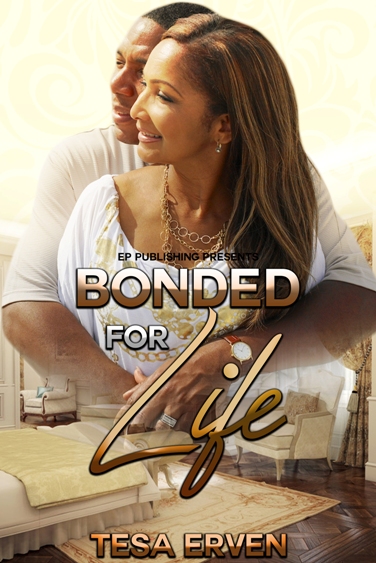 “I can’t believe that just happened,” Bradsen said to himself as he pulled his car out from in front of his twin brother, Jacksen, and his wife, Cynthia’s house. He glanced over at Renee who had a stunned expression on her face.

With a concerned tone he asked, “Are you okay?” He watched as the glistening tears in her oval-shaped eyes threatened to spill over.

Renee’s voice quivered as she replied, “I’m fine. Although, it’s not every day I have a drink thrown in my face.”

Sabrina, Renee’s best friend and former roommate, chimed in from the backseat, “I can’t believe she did that. There was way too much tension in there.”

Renee lowered her head. “Yeah there was. But, Brenda has every right to be angry with me. I was knowingly having an affair with her husband. I’m glad she was able to release some of her anger. It could have been worse, you know. She could have pulled out a gun and shot me,” Renee added, attempting to make light of the situation.

“That’s not funny, Renee.” Bradsen glared at her. “Okay, you cheated with her husband. I get it. But, I thought we were past it. Apparently not.”

“Let’s face it. It was too soon. I had a feeling we shouldn’t have gone there tonight.”

Derrick joined the conversation. “I agree.”

Renee cleared her throat and laughed at them. “Really now? So, earlier when we were in the car contemplating on whether or not we should go into the house, no one bothered to say, ‘Oh, there’s a small possibility that you may get your butt kicked.’ You guys are unbelievable.”

“A drink thrown in your face. But your butt kicked? That wouldn’t have happened. At least, not with me standing there,” Sabrina assured her.

Bradsen hadn’t said much. Renee looked over at him and noticed tension on his handsome face. “Are you alright?”

Bradsen looked at her and softly uttered, “We’ll talk about it later.”

Silence filled the car until Derrick asked, “You two still coming to my game, right?” The six three, well-built rookie linebacker would be starting in his first game on Sunday. Sabrina nudged him in the side. “What?” Derrick mouthed.

“Yes, we’ll be there,” Bradsen said as he pulled into Renee’s apartment complex. Once they said their goodbyes, Sabrina and Derrick headed to his car and Bradsen and Renee went into her place.

“Now do you want to tell me what’s wrong?” Renee asked when Bradsen closed the door.

“Baby, I’m so sorry about tonight. I feel terrible. I should have never pressured you into going. Me and Jacksen kind of thought enough time had passed. I really wish there was a way we could all get along.”

Renee put her arms around his waist and leaned back to look up into his brown eyes and clean-shaven, dark brown face. Bradsen stood a couple inches over six feet, easily towering over her five-and-a-half feet.

“I don’t know what you want me to do, Bradsen. This is tough. I didn’t expect your family to accept me with open arms. I chose to be the other woman. It was a bad decision on my part, but I have to live with the choices that I’ve made, not you. I love you, but I don’t want you to be miserable because you can’t have it both ways. There’s always going to be some kind of animosity towards me from your family.”

“Baby, I realize this is hard and I love you too, but there has to be a better way-” He stopped mid-sentence.

Renee pulled her arms from underneath his. She spat, “A better way to what? To us trying to get together again. It’s not going to happen. I’m sorry to tell you that I’m not welcomed there, and if that’s a problem for you then I guess you could-”

Bradsen cut her off, “Don’t you dare say it, Renee. I’m not going anywhere. You are the one I want, and we’ll have to figure out something, because I won’t give up on us.”

Renee shook her head while Bradsen pulled her back into his embrace. With her petite frame wrapped in his arms, she always felt safe with him. He wanted to reaffirm his love for her to show her that they would get through it no matter what happened. But he knew only time would tell.

© 2016 All rights reserved. Book excerpt reprinted by permission of the author, Tesa Erven. Do not reproduce, copy or use without the author’s written permission. This excerpt is used for promotional purposes only.

Purchase the complete Loose End (3 Book Series) by Tesa Erven
From Book 1: Renee Lawson is a young, vibrant, beautiful woman who fell in love with one of Oakland’s finest, and of all things, a married man. For her twenty-fifth birthday, he surprises her with a romantic getaway. He planned to make it a weekend she’d never forget. And indeed it was, until a few weeks later, her phone calls and text messages stopped being answered or responded to. He had gone on vacation with his family, but he’d always found time to communicate with her in the past.

Still confused by her lover’s disappearance, Renee attends an event with her best friend, Sabrina. There they meet California native Bradsen Myers, a single, handsome, respected attorney. And he’s definitely interested in Renee. While Bradsen feels it’s love at first sight, she pushes him away. After returning home from the event, desperation sets in. During her weeks of worry, Renee has a chance encounter with Bradsen. She feels an attraction but is conflicted. How can she start to build a connection with him when her secret love has vanished without a trace? Was he injured? Was he murdered? Where was he?