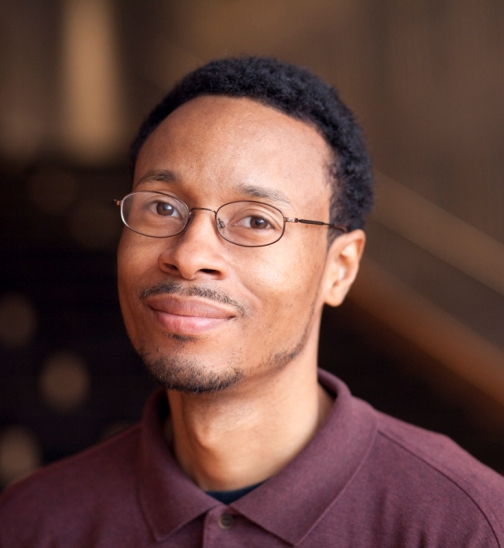 On Top Of The World: Until The Bell Chimes by David Lamb.  Read an excerpt: http://conta.cc/2eyDa29

On Top Of The World is an engaging, heartwarming, humorous twenty-first century morality tale filled with moguls, pop-culture and plenty of romance.  Winner of the Pacific Book Award Prize for 2016’s Best Fiction, On Top Of The World is a fast and fun romantic re-imagining of Dickens’ classic story of Scrooge, not as a crusty miserly Englishman, but as an African American love story, a satire about race, class and celebrity worship.

David Lamb is a native New Yorker, bitten with the writing bug since he was in elementary school and had handwriting nobody could decipher. After finishing college David went to law school, but all the time writing was still his heart. While working as a lawyer, at night he wrote and eventually produced the hit off-Broadway play Platanos Y Collard Greens. Being a writer and having the chance make people laugh while inspiring readers to believe in the power of love and our own ability to overcome life’s challenges is a great gift that David truly enjoys.

BPM:  Could you tell us something about your most recent work?  Is this book available on Nook and Kindle?
Yes it is available on Kindle and Nook. On Top Of The World is a fast and fun romantic re-imagining of Dickens’ classic story of Scrooge, not as a crusty miserly Englishman, but as a modern, hilarious, African American love story, a satire about race, class and celebrity worship.

BPM:  Give us some insight into your main characters or speakers. What makes each one so special?
In On Top Of The World, Scrooje’s love, Belle, is an intelligent, highly educated, beautiful lawyer with a  flawless chocolate complexion. She and Scrooje meet in college and when she first lays eyes upon him he is a fashion emergency. Awkwardly walking around campus: lost; desperately in need of a haircut; and wearing glasses so big he looks like an owl hunting for prey! But she sees beyond and from the moment they meet the attraction is magnetic.

And that’s how it began. Belle gives him and ultimately makeover, and unwittingly unleashes the devilish genius of the sweetest, most shy, socially awkward boy she’d ever known and transforms him into music’s biggest superstar with an ego the size of Texas yet more fragile than an egg yolk. And one of the questions that haunts the story is why is she still with him? At one point or another, we’ve all asked ourselves that question. Whitney and Bobby?  Cleopatra and Mark Anthony? Olivia Pope and the President?

BPM:  What inspired you to sit down and actually start writing this book?
I was inspired by a great piece of classic literature, Charles Dickens’ “A Christmas Carol.”   For me Scrooge was written by Dickens was very much a character who was at least as much haunted by his own self-doubts as he was by the spirits who visited him. The truth is the spirits were there to help him, but his own self-doubts had caused him to make decisions which had ultimately left him bitter and alone, with a cold heart devoid of love.

I was attracted by idea of a story that invites readers to look at the choices we make and how our own thoughts haunt us. It’s something I could very much relate to because we all have self-doubt and dealing with it is battle we all must make. Coming from a poor background Scrooje believes that he has to prove himself worthy of Belle’s love.  In my story Scrooje grows up a poor boy Black in the housing projects of New York, who loses his entire family and is afraid that anyone he loves will be taken away from him. He feels that he has never been cared for in life, even though Marley’s mother adopts him and rescues him from the foster care system.

Through his academic brilliance he wins a scholarship to one of the most elite colleges in the country, but all he can think about the whole time is how he doesn’t fit into their elite social circle. And even at the height of his success as a music and fashion mogul he feels unworthy of  Belle’s love and ultimately that causes him to do idiotic selfish things that drive her away. This in spite of  the fact that on the outside his ego has ballooned to the size of Texas and he is suing the US Government to have his face placed on Mt. Rushmore!

Also, what doesn’t come across in the film versions that most people know A Christmas Carol by, is that the narrator in the book is pretty doggone funny, making fun of  Scrooge and English witticisms, like when he makes fun of the expression “dead as a door nail” by asking how anyone would know how dead a door nail can be.  My own inclination and style is to mix non-stop laughter, romance and social issues and I saw this as a wonderful chance to do that by changing the story from third person to first person and letting us hear his arrogant voice in its complete ridiculousness.

BPM:  What did you enjoy most about writing this book?
The spiritual journey. It’s a book that will not only make readers laugh, feel romantic and relate to the characters struggle, but will help each of us, myself included, look at our own lives and the ghosts that haunt us and help us to overcome them.

BPM:  Where do your book ideas come from? Are your books plot-driven?
Well you know, sometimes you are being led on an artistic path without even realizing it. My wife and I have been partners producing theater, working side by side 24/7 for many years, and when our audience members discovered that we were married they demanded to know our happy relationship secrets. We don’t say that we are the champions of love, but that we are champions for love and with that in mind we wrote a book about our experiences Perfect Combination: 7 Key Ingredients to Happily Living & Loving Together told in alternate male and female voices, mine and hers. And readers told us they really appreciated that perspective, and I guess that planted in my mind the importance of  bringing forward Belle’s voice, which we really don’t get a lot of in Dickens’ work.

And to make it authentic and relatable I read a lot of women’s fiction and relied on the feedback of women who read the book in advance. I was very happy when my editors Susan Mary Malone and Carol Taylor said that I had nailed the difference in the voices.

BPM:  Are there under-represented groups or ideas featured in your book?
On Top Of The World  re-imagines not just the story, but Scrooge himself. Instead of being an elderly, miserly, loveless money-lender, wrecking lives in Victorian London, Scrooje is a hyper-talented, egotistical, ostentatious, young, Black, music superstar fashion mogul.

Changing the characters in this way opened up giant avenues of artistic creativity. In terms of voice, humor, romance, history. The very roots of the names of the characters gave me a lot to play with. Many people don’t know that one of Dickens most famous works was “American Notes” his memoir of his travels in America in which he described the horrors of slavery in the American South.

Well as fate would have it, it was in this over-heated atmosphere, that my character Scrooje’s great-great-great  grandfather was born on a plantation run by Virginia’s cruelest overseer. Who was so angry when he learned Dickens had printed one of his ads in American Notes that his face turned red as an apple, while he cursed like a sailor and ordered ten Nigras whipped because Dickens had had the gall not to recognize how kind he was to the slaves!  Not one to take insults lightly he started a petition to have Dickens’ books banned and tried to sue him for libel. A year-and-a-half later, after having failed on both fronts, he vowed to extract his revenge by naming the next slave born on the plantation after Ebenezer Scrooge.

BPM:  How does your book relate to your present situation, education, spiritual practice or journey?
It relates very much to my present journey. As a playwright sitting in a theater its intoxicating to hear audiences laugh, cheer and be inspired at what you’ve created. And you can get a big head from that. In this story I let myself go and said what would I be like if I didn’t have any controls on my ego. Because at times we all get a big head. And by getting such a big head Scrooje loses the things most important to him, and the only way back is through a spiritual journey.

BPM:   Did you learn anything personal from writing your book?
That I have to watch getting a big head and keep up my spiritual practices in good times and bad.

BPM:   What were your goals and intentions in writing this book, and how well do you feel you achieved them?
To make you laugh until it hurts, inspired you to believe in the power of love and romance and write something that relates the story with an African-American twist in a fresh, original way that you can’t put down.

Purchase On Top Of The World: (Until The Bell Chimes) by David Lamb