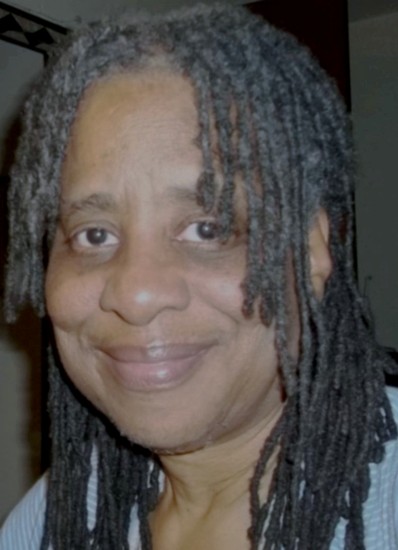 Christine Bailey comes from a privileged background, always sees the good in people and swiftly falls for the enigmatic and handsome Awesome Petté, who exemplifies charm, intellect, and ambition. She believes he is her soul mate but will soon discover she has been living in a fool’s paradise because he will slowly draw her into a sinister plot that will leave her asking, “What type of monster did his parents create?”

Praise for Deception in Plain Sight by Vivienne Diane Neal

Amazon Review written by Passionate about Romance
5.0 out of 5 stars
This is a story that every single woman searching for a husband must read. Awesome was a man many women will fall for; smart, handsome, driven and charming. Except that he had a LOT to hide. I wanted to kill him several times. But his wife was loving, trusting and stood by him against all odds. She needed to doubt and ask deep questions at times. She is every good man’s dream wife, except Awesome’s. But life hands him the pay back he deserves. Love this book.

Amazon Review written by Alretha Thomas
5.0 out of 5 stars
Awesome Pette and his friend Webster are on a mission to get rich by any means necessary. Christine Bailey has an insatiable sexual appetite. Her need to get busy in the sack makes her the perfect target for Awesome’s diabolical schemes. Vivienne starts the novel off slow and steady and then it picks up speed. It moves so fast I was swiping my screen like a mad woman, wanting to know what dirty deed Awesome was going to do next, and how the story was going to end. Awesome is relentless in his pursuit of Christine’s fortune and like a lot of women who want what they want, she turns a blind eye to the obvious. I don’t want to spoil it for the next reader, but you’ll be on the edge of your seat, wondering when and if Awesome will be exposed. You’ll have to read the book to find out.

Amazon Review written by Jordan Stringfellow
5.0 out of 5 stars
Like so many women, Christian, a young woman with access to wealth and information, but little worldly knowledge or experience, suffered from the belief that the charming and handsome Awesome could be trusted and taken at his word. All he had to do was treat her nice, romance her, and show her a good time in bed, for a short time, I must add, and she was caught-up in his self-centered lair.

I really enjoyed this book! Neal managed to speak volumes of wisdom and insight through an entertaining and enthralling tale from her witty character name choices to the ultimately satisfying conclusion. “Deception In Plain Sight” is a definite must read for any and every woman today, whether young and relatively inexperienced at dating, to more seasoned ladies seeking healthy relationships in the current maze of thorns and narcissistic tricksters. An enthusiastic 5 stars!

Read a preview from Deception in Plain Sight by Vivienne Diane Neal
https://read.amazon.com/kp/card?asin=B00MU5HSWQ

Alone in her majestic manor, Christine Petté knew something was wrong when she came home to an empty house and found a beautiful small chest on her husband’s desk. The wooden box, with its intricate handcrafted patterns and sparkling gems, reminded her of a piece that one would find at an auction house or in a museum.

She never questioned her husband’s business affairs, but some strange occurrences got her wondering about him, his business, and his inner circle of friends.

There were bizarre phone calls all hours of the night, secret meetings with individuals she never knew or met and packages delivered to the house by scary looking messengers. Then, someone broke into the house while she and her husband were dining at a restaurant in DUMBO, Brooklyn.

Her husband’s office was the only room ransacked. Furnishings, papers, and DVDs were scattered all over the place, but the intruder, as far as she knew, took nothing. Two thousand dollars in cash, a Cartier watch, and gold coins worth over five thousand dollars were in his top desk drawer, all visible to the naked eye.

“Honey, what were they looking for, and how could they have missed those items, which were in plain sight?” she asked, reaching for her cell phone.

As she was getting ready to dial 9-1-1, her husband grabbed the phone out of her hand. “There is no need to call the police. It is Halloween; it was probably some kids playing a practical joke. Instead of adorning the house with raw eggs and toilet paper, they decided to remove the spare key from under the doormat, let themselves in and rummage through my office. Nothing is missing. There is no need to get the police involved.”

A spare key under the doormat; this is news to me, Christine thought.

Some neighbors did leave their doors unlocked and would place an extra key under the mat or hide it in a flower bin. There were occasional break-ins, but major crimes rarely occurred on the quiet block.

She decided not to pursue the matter. Her husband’s tone, body language, and demeanor made it quite clear.

The kind of business her husband was into might have been the reason for the break-in.

Maybe the prowler thought there were pieces worth stealing, she told herself.

He owned a shop, which sold second-hand junk. Often he would bring items home to restore before offering them to customers.

Since the Great Depression, the economy was in the pits. At the same time, gentrification was spreading throughout the borough like locusts circling cornfields, and high-end shops and restaurants were replacing mom-pop establishments. If three customers came into her husband’s shop, it was considered a good day.

Why someone would come into a home just to poke around and not steal a timepiece, coins, and cash, all worth over eight thousand dollars, did not make any sense to her.

But if Mrs. Petté thought these events were strange, she would soon receive a wake-up call that will send her into a hellish tailspin, leaving her asking: How could I have missed the deception my husband was exhibiting in plain sight?

About the Author
Born in 1946, Vivienne Diane Neal is a writer, blogger, and an author. She is a storyteller with a wicked sense of humor, has been writing articles for over thirty years and started penning fictional short stories in 2007.

Vivienne gets her story ideas from observing people, places, and things and watching true TV court cases and talk shows. Her stories have a universal appeal with a Hitchcock vibe.

Now, semi-retired, she continues to write articles on love, romance, relationships, and other topics of interest on her One World Singles Blog