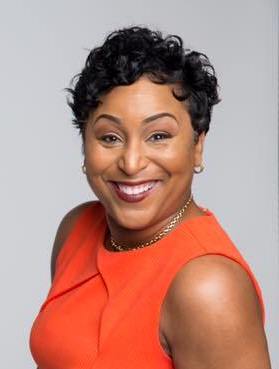 Cheryl Polote-Williamson brings the writers from SOUL TALK and the SOUL BEARERS to a live interview with Ella Curry of Black Pearls Magazine!  Listen to the authors of the Soul Movement on BAN Radio Show:
http://tobtr.com/s/10049809

This was a powerful show with Black men and women sharing wisdom, encouragement and their message with the masses. Please share with your friends, children and family.

Selected and introduced by award-winning motivational speaker Cheryl Polote-Williamson, the twenty women in this bold and holy anthology are living testaments to the glory that God’s will, purpose, and plan will bring transformation to your life, if only you would let go and let God.

In each chapter of Soul Talk, the authors share their unique story, along with scriptures and reflections that will teach women how to develop trust, surrender and communicate with God. Most, if not all, of these authors are flawed and imperfect, having suffered through sexual and domestic abuse, toxic relationships, financial strife, loss of a loved one, and other adversities that are no strangers to many of us. Still, no matter how far they strayed from faith or how overwhelming their circumstances, these stories share one truth: In God, there is always restoration and a life renewed.

In yet another bold anthology, bestselling author and compiler Cheryl Polote-Williamson brings us the Godly and redemptive testimonies of nine men who, having overcome their own trials, now share their valuable lessons with you. These pages offer a rarity that is often neglected by society: A safe and welcoming space where men can openly express their emotions, share their fears and failures, and join hands with other men in celebrating God’s purpose for them, all without judgment or ridicule. Topics here are varied and relatable, discussing experiences that are both common and rare, from sports careers and military life to family and health.

Soul Bearer, being not only a book of personal essays but one of encouragement and faith, invites men everywhere to hide their pain or concerns no longer and to allow others to grow from their journeys. Furthermore, it asks all readers to lend your ear to those who speak, to always listen, embrace, and honor every story, no matter whom they may be from.

Affirmed: 365 Days of Positive Thoughts and Actions to Start Your Day by Cheryl Polote-Williamson

Affirmed is a yearlong journey with positive words, thoughts and sayings for each day of this year. God has blessed me with the opportunity to meet and speak to hundreds of people in doing my coaching calls, public speaking engagements and networking events. One of the most common themes that I hear about in coaching and mentoring others is a lack of self-esteem specifically dealing with negative thoughts. I began to pray for the people who told me their stories of poor self-image and lack of confidence. As I prayed, God began to give me positive words to speak to others. He gave me, Affirmed. God wants you to know that he loves you. He thinks the world of you. So much that he gave his only begotten son for you. John 3:16 says “For God so loved the world that He gave His only begotten Son, that whoever believes in Him should not perish but have everlasting life.

Highly sought after motivational speaker and coach, Cheryl A. Polote-Williamson is a 4-time Amazon bestselling author. Cheryl’s first book was released in May 2013 and has inspired both men and women to not only pursue, but LIVE their dreams. Cheryl holds a Bachelor of Science Degree in Criminal Justice from Shaw University. She is a member of Alpha Kappa Alpha Sorority, Inc.,  The Links, Inc.,  and  the Christian Women in Media Association.

Deemed a savvy business woman after having owned Boxing Club Franchises within North and Central Texas and as partner of 924 Sports Management, LLC., Cheryl has been nationally recognized for her client relationships, entrepreneurial skills, and strategic partnerships.

As a lover of GOD, Kingdompreneur, and member of St. John Church Unleashed, Cheryl places a deep emphasis on the importance of both business and personal relationships being solidly built on honesty, integrity, and trust. She addresses these topics in her blog series in which she tells of her own experiences of hurt and betrayal.  She consistently speaks on transformation, strength and wisdom through hosting her Soul Talk Radio Show and has previously been featured on Dallas Fox 4 News, Heaven 97 {970 AM Radio}, Denton Record Chronicle, as well as Rolling Out and Eclipse Magazines.

Philanthropists and pillars in their community, Cheryl and her husband Russell have been married for 25 years and have three beautiful children, Russell Jr., Lauren, Courtney, along with an adorable granddaughter, Leah.

Tammy Woodard  received her Bachelor’s in Computer Information Systems from Shaw University and her Masters in Cyber Security from the University of Maryland University College. She is a Silver Star member of Alpha Kappa Alpha Sorority, Inc.

Tammy is the owner of Woodard Worldwide Visions, an Author and Motivational Speaker/Life Coach who helps others discover their gifts and reach their full potential.  She is a Virtuous Woman of God who has the heart to help those in need and serve others.  Tammy Woodard is a co-author of  “Soul Talk” an anthology of 20 soul stirring stories of women who let go and let God.

Tammy Woodard was born in Chester, South Carolina but currently resides in Crofton, Maryland.  She received her Bachelor’s in Computer Information Systems from Shaw University, 1992 and her Master’s in Cyber Security from the University of Maryland University College, 2016.  She is a Silver Star member of Alpha Kappa Alpha Sorority, Inc.

Tammy is the owner of Woodard Worldwide Visions, LLC, an Author and Motivational Speaker/Life Coach who helps others discover their gifts and reach their full potential.  She is the co-author of soon to be Best Seller “Soul Talk” an anthology of 20 soul stirring stories of women who let go and let God.  She is the mother of two sons, Thomas Jr. (22) & Damahje (14); whom she loves dearly.  She is a Virtuous Woman of God who has the heart to help those in need and serve others.

Matthew “Showbiz” Jackson is a leader and a longtime member of the world-famous Harlem Globetrotters, with whom he had a twenty-plus-year career as a basketball player and lead showman. He is instrumental in various children and family events and is an instructor for basketball camps nationwide. He is also the founder and CEO of his foundation, Kids First Athletics (MVJ United LLC), an organization started by him and his wife that provides basketball camps, personal training, fundraisers, and motivational speaking. Jackson’ s desire is to continue encouraging others around the world to never lose sight of their personal goals and aspirations in life.

Russell M. Williamson Sr.  is a believer, husband, father, executive, entrepreneur, and a former franchise owner. He is a results-driven and transformational leader, a change agent, and an effective communicator. He is a bestselling author who has been featured in the Dallas Morning News, Dallas Business Journal, and D Magazine’s “D Healthcare Daily”as a contributing editor. He has also been featured on the cover of NY Sales, Marketing and Media.   Williamson is acclaimed for leadership development and for coaching individuals and teams to reach peak performance. He has won numerous awards as a combat veteran and in business. A graduate of the US Military Academy at West Point, he has degrees from Troy University, the Wharton School of University of Pennsylvania, and Southern Methodist University. He has been married for twenty-four years to his wife, Cheryl, and has three children, Russell, Lauren, and Courtney.

Dr. Marvin E. Smith, better known as Bishop or Apostle, is truly a man after God’ s own heart. A native of Pinetops, North Carolina, and a veteran of the US Army, Bishop Smith began his voyage in ministry as a young man. He later became a Bishop to churches across the nation. His words of wisdom, gift of knowledge, and spirit of understanding have inspired many. After almost forty years in the ministry, establishing two educational centers and planting churches in various states, Bishop Smith decided to expand his ministry outside the four walls of the church by providing a program that would reach men by the masses. In 2015, he began his journey to entrepreneurship as the founder and president of Definitive Alternative (DNA), where he is a Christian counselor, life coach, and mentor to men and leaders who are searching for healing and direction.

Leroy Kearney Jr. is a God-fearing man, father to three beautiful children, and husband to a beautiful wife. He is a network technician who has worked in telecommunications for over twenty years. He is also a business owner of Village Babies Development Center (VBDC), a licensed early childhood development center that serves infants, toddlers, and preschool–aged children, and he is the vice chairman for the South Orange, New Jersey Democratic Committee. Connect with him: @LeeKearney23