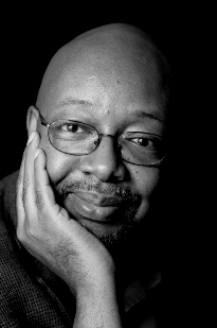 Leonard Pitts, Jr.  is a nationally syndicated columnist for the Miami Herald and winner of the 2004 Pulitzer Prize for commentary, in addition to many other awards. He is also the author of the novels Freeman (Agate Bolden, 2012) and Before I Forget (Agate Bolden, 2009); the collection Forward From this Moment: Selected Columns, 1994-2009, Daily Triumphs, Tragedies, and Curiosities (Agate Bolden, 2009); and Becoming Dad: Black Men and the Journey to Fatherhood (Agate Bolden, 2006).

Pitts’ work has made him an in-demand lecturer. He maintains a rigorous speaking schedule that has taken him to colleges, civic groups and professional associations all over the country. He has also been invited to teach at a number of prestigious institutions of higher learning, including Hampton University, Ohio University, the University of Maryland and Virginia Commonwealth University. In the fall of 2011, he was a visiting professor at Princeton University, teaching a course in writing about race.

Twice each week, millions of Miami Herald newspaper readers around the country seek out his rich and uncommonly resonant voice. In a word, he connects with them. Nowhere was this demonstrated more forcefully than in the response to his initial column on the Sept. 11, 2001 attacks. Pitts’ column, “We’ll Go Forward From This Moment,” an angry and defiant open letter to the terrorists, circulated the globe via the Internet. It generated upwards of 30,000 emails, and has since been set to music, reprinted in poster form, read on television by Regis Philbin and quoted by Congressman Richard Gephardt as part of the Democratic Party’s weekly radio address.

Born and raised in Southern California, Pitts now lives in suburban Washington, D.C., with his wife and children.

BPM: When did you get your first inkling to write, and how did you advance the call for writing?
People ask all the time: “Why did you decide to be a writer?” It’s a question I always struggle with, because I never decided to be a writer. In other words, there was a never a decision process, per se. I knew from the time I was five that this was what I was put here to do. So the goal for the remaining years of my childhood and, indeed, my professional life, was simply about trying to become good at it and then trying to become better. From the time I was young, I liked telling stories, I enjoyed getting reactions. I think all of us are given certain gifts, certain aptitudes, certain things that fit us, that seem to come more easily to us than they do to other people. For me, that was words. In school, I sweated and worked my tail off for “C” I ever got in math. But every “A” I got in English was as easy as pie.

BPM: Mr. Pitts, how did you get started as a writer?
Well, I began to think of myself as a writer from the time I was five years old, which was a good thing, because it gave me a lot of time to be bad at it. I started sending poems and stories to magazines when I was 12 years old, first became published when I was 14, and first got paid for being published when I was 18. I spent the next 18 years working primarily as a music critic for a variety of magazines and radio programs.

I was editor of SOUL, a black entertainment tabloid, did freelance work for such magazines as Spin, Record Review and Right On!, co-created and edited a radio entertainment news magazine called RadioScope and was a writer for Casey Kasem’s radio countdown show, Casey’s Top 40.

BPM: Tell us about your passion for writing. Why do you write? What drives you?
I write because it’s my profession, I write because it’s the only thing I’ve ever wanted to do. I write because, if it wasn’t my profession and nobody was paying me to do it, I know that I would be still be doing it. I write because this is what I love and it’s who I am. I think we tell stories to figure out who we are and what we are about and I am proud of being part of that continuum. I am also driven by the need to see if I can better my best. It’s a never-ending game of “Can you top this?”

BPM: Do you ever let the book stew – leave it for months and then come back to it?
I’ve never left a book for months. I’ve been forced to leave a book for weeks though, because sometimes, life intrudes. But the best way to write a book is in one long push of consistent, daily effort. A novel is, at bottom, an elaborate lie. It’s an unspoken bargain between writer and reader: I’m going to tell you this story of things that never happened – maybe never could happen – and in exchange for you suspending your disbelief, I’m obligated to make sure this tale I tell is entertaining, funny, gripping, suspenseful, emotionally involving, whatever. But to sell the “lie” you’re telling as a writer, you have to first believe it yourself. And I’ve found that if you stay away from a novel for too long, it can damage your ability to believe in the “lie” – the situations and characters you’re chronicling can start to seem cardboard, less real to you. And if you don’t believe in them, the reader definitely won’t.

BPM: Introduce us to your book, Grant Park and the characters.
Grant Park is a novel about racial disillusionment, friendship, and what I have taken to calling the “stupidification” of America.

Forty years ago, two young men had life-altering encounters with Martin Luther King. Malcolm, a black kid, was a college dropout who scorned nonviolent protest, and embraced street violence as a way of bringing social change. A chance meeting one night with King turned him around, forced him to see the limitations of street violence and convinced him to return to school. He was on the balcony of the Lorraine Motel, about to share this news with King when James Earl Ray fired his fatal shot. He has never gotten over what he saw. Bob, a white kid, was attending a Bible college in Mississippi where he fell powerfully in love with Janeka Lattimore, a young black civil rights activist. They attended King’s last march – the one in Memphis that ended in a riot. Bob was beaten bloody by an angry young black man in the crowd and right after that, Janeka left him, saying she wanted to go to a black school now, saying she wanted to “be with her people.” “I thought I was your people, too,” said Bob. He has never gotten over losing her.

Forty years later, Malcolm is a celebrated columnist for a Chicago newspaper, burned out by one too many cases of police violence against unarmed African-Americans and white people not caring about. He writes an angry column – “I’m sick and tired of white folks’ bullshit,” he says – and when the newspaper refuses to publish it, he hacks his editor’s computer and publishes it anyway – one the front page of the paper, on Election Day of 2008. Then unbeknownst to anyone, he is kidnapped by two would-be white supremacist terrorists who intend to blow him up in Grant Park, where President–elect Barack Obama is scheduled to speak.

Meantime, Bob is now an editor at a Chicago newspaper and before dawn on Election Day, he gets a phone call telling him one of his columnists has hacked his computer to publish an incendiary, offensive column. Bob gets fired for it. The former civil rights activist was already sick and tired of black people always complaining, never being satisfied. Now he’s lost his job over black people’s whining, and he’s furious, ready to strangle Malcolm – if he can only find him. Then he gets an email. Janeka is back in town and she wants to see him.

BPM: Are any scenes from the book borrowed from your world or your experiences?
Oh, yes. Much of the frustration Malcolm experiences in dealing with white readers who will not engage on the subject of racial injustice is something I have experienced firsthand. And the one reader email that sends him over the edge is cobbled together from hundreds of similar emails I have received over the years. I identify with Malcolm’s angst, though not with his chosen solution.

BPM: What are your goals as a writer? Do you set out to educate? Entertain? Inspire?
I think you write to entertain, first and foremost, to tell a story a reader will lose herself or himself in. You try to create characters that will seem real to the reader and then put those characters into situations of physical or emotional danger. Secondarily, you hope that in entertaining people, you can also manage to say something of value, make some observation that will touch them or inspire them or cause them to see old things in new ways.

BPM: What are some of the benefits of being an author that makes it all worthwhile?
Writing a novel is a year, two years, or more of lonely work, staring at blank screens and not really knowing if what you’re doing works or makes any kind of sense. So the best thing about being published is receiving feedback from readers. When somebody tells me they were hurt by something one of my characters did, or a situation a character found him or herself in made that reader cry, that is the highest validation and best compliment I can ever receive. It means the characters seemed real and the story works. Feedback is what makes that lonely year or two worthwhile.

BPM: What’s the most important quality a writer should have in your opinion?
Probably persistence. You have to believe in and hone your talent as a writer and cling to it, sometimes against all odds and common sense. You have to eat rejection for breakfast.

BPM: Ultimately, what do you want readers to gain from reading your book?
I want them to gain enjoyment and entertainment obviously. I’d love for them to think about some of the issues the book raises.  If you or your readers would like to set up a Skype visit to discuss Grant Park or Freeman, go to my website and contact me there: http://leonardpittsjr.com.  I’m available for blog tours as well.