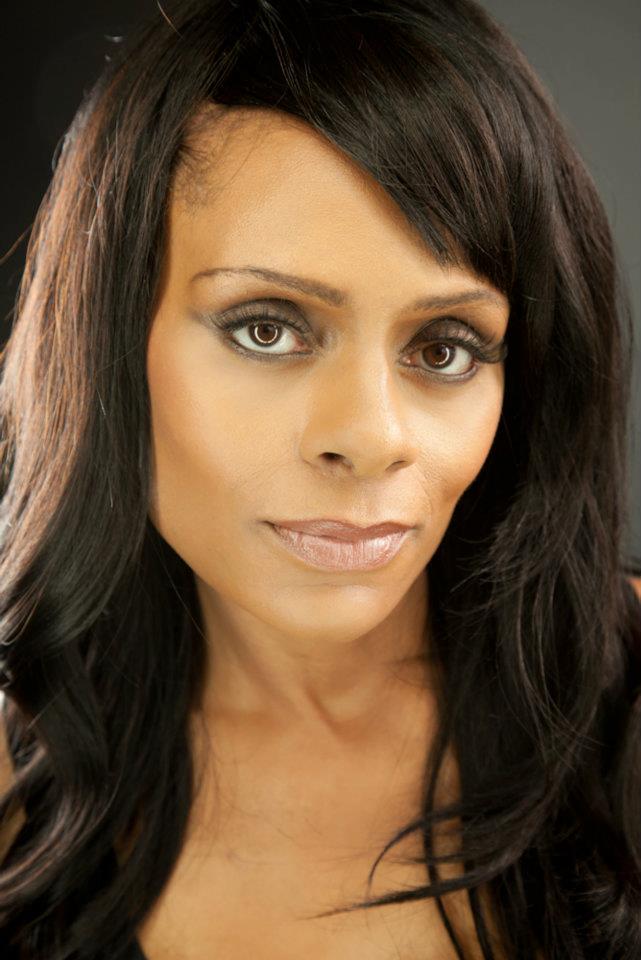 Imani Wisdom has been writing since the tender age of eight, as a young lyricist. Later, her love for words blossomed into short stories and to what she loves doing, storytelling. Born to a public school teacher and a manufacturer for the local paper, Imani is the mother of two adult sons and a teen-aged daughter. At forty-five, she understands making her way in the literary world will have its obstacles. Yet, she’s willing to give her all.

BPM: What made you want to become a writer? How long have you been writing?
IW: I’ve had the love of storytelling since I was a young girl. I used to play in my grandmother’s bathroom, with of all things, her toiletries; such as, powder, mouthwash, and so on. I would use these items to create a story with a cast of characters. Back then, however, I didn’t quite understand on how to form a story; I just I enjoyed creating new worlds and fascinating people.

Many years later, in my thirties, was when I knew I had a passion for words. So, I began to write my novelette, “Zion’s Road: A Love Story about Faith and Redemption”, and shortly after, my debut novel, The Journey of Ruthie Belle. And the rest, as they say, is history.

BPM: How do you think you’ve evolved creatively?
IW: As I was writing Zion’s Road, I had no clue as to how to begin and end chapters, form characters, or to organize my writing. I just wrote by feeling. If I could go back and change anything, would I? The answer for that is no. I have no regrets; I just look at it as a novice learning the ropes.

So, the only thing as far as my creativity that has evolved, is the appreciation to my writing gift. Initially, I compared my work with other authors and it wavered my confidence. Now, I learned to focus on my craft, and to understand authenticity matters.

BPM: Do you view writing as a kind of spiritual practice?
IW: Absolutely! I considered myself a spiritual person. I study the Bible, pray, and meditate, as well as, maintaining a clean-eating lifestyle (vegan), and workout. So, how does these things correlate with writing? For me, it helps keep the mind and soul focus on my craft.

BPM: How has writing impacted your life?
IW: A lot! Six years ago, I thought my way out from depression was suicide. I hated myself and my life. I felt as though God had forgotten me. Worse, because of past mistakes, I didn’t think I was deserving to seek God and ask for His guidance.

Then on that same day, after I ask God to take me (meaning to kill me), I had this intense feeling to finish a manuscript I began in 2006. I didn’t want or had the energy to do so, but I forced myself to open my laptop to finish the other eight chapters. So, what manuscript was it? The Journey of Ruthie Belle.

BPM: What was one of the most surprising things you learned in creating your books?
IW: That my creativity spans from, not just writing, but creating graphic art, book trailers, and organizing and writing my press kits. As a self-publish author, I had to learn to fast on how to budget my money and time. Now, I can’t do everything; such as, editing and promoting, but I have learned to use my time wisely and network efficiently.

BPM: Where do you see yourself as a writer in five years?
IW: I don’t. I try to not to see too far ahead in the future. I just focus on the present. But what I will say is I hope my storytelling abilities expand to a new chapter.

BPM: How do you find or make time to write? Are you a plotter or a pantster?
IW: Lately, I haven’t been writing as much because of the demanding hours at my job. However, prior of getting hired, I used to get up at 4:30 to 5:30 a.m., workout, pray and meditate, and then I write for four to six hours. I never outlined my storylines or do some character analysis or questionnaire, I just write. It may seem unorthodox to some, but it works for me. Call it character-driven, I guess.

BPM: How did you choose the genre you write in? Have you considered writing in another genre?
IW: I chose Contemporary Women’s Fiction, because I believe in the strength of a woman. I love creating leading women characters with questionable backgrounds and experiences. I mean, we all have been through our own storms, and some severe than others. Nevertheless, our experiences are our teacher. Same as my characters; their experiences become a story-line.

As for other genres, I have manuscripts tailored for Erotica and Paranormal.

BPM: Tell us about your most recent work. Available on Nook and Kindle?
IW: The Journey of Ruthie Belle, which is on Kindle, is a metaphoric tale about facing your demons. The story begins with a meek housewife, living in an abusive marriage. Since the time period is 1914 in the Deep South, there’s no women shelters or the law to protect her. It’s just Ruthie with her time and prayers. So, one day, she finds an ingenious way to break free from her bondage, just to discover, later, that life isn’t as easy as she thought it would be.

As she makes this discovery, she finds healing and redemption. To some, those important qualities may have come too late. Yet on the contrary, those attributes couldn’t have come at a better time. In fact, it’s her new beginning.

BPM: Give us some insight into your main characters or the speakers. What makes each one so special?
IW: Ruthie Belle begins timid, but as the story-line unfolds, she develops into the kind of woman she never imagined to be – a strong leader who’s ready to love again. Also, the journey Ruthie endures is not pretty. Yet, somehow, for Ruthie, she fights to salvage her soul, as well as her piece of mind.

The next character is Ruthie’s husband, Arthur Belle. I purposely wrote his story-line with a shroud of mystery. His past is shaky, even Ruthie is uncertain of his background. She just knew him as a stable boy with the strange-color eyes before they were married. It wasn’t that didn’t want to know, but was afraid to ask because of his abusive ways. As the story goes on, Arthur mean-spiritedness could either be his poison or his strength for vengeance.

BPM: Share one specific point in your book that resonated with your present situation or journey.
IW: That day when I asked God to “take me”, I said out loud, “Heaven has to better than living like this”. I used that very line for Ruthie for one of my favorite scenes.

BPM: Is there a specific place/space/state that you find inspiration in?
I like historical periods, such as, the early or mid-twentieth century eras. These time periods I find fascinating, especially for African Americans. It can be a challenge to authenticate the places and the actual historical backgrounds, but it’s fun.

BPM: Are there certain characters you would like to go back to, or is there a theme or idea you’d love to work with?
IW: Yes, there is. Depending on how well “The Journey of Ruthie Belle” does, I will proceed to the sequel titled, “The Rites of Passage”. It will have some its old characters from TJRB, as well as, new ones and a new journey. Now, of course, I can’t say whose journey, but I promise you theirs won’t be pretty at all.

BPM: Do you want each book to stand on its own or do you prefer to write series?
IW: I write my books to end as standalone novels. I just expand on other characters to create their own story-line.

BPM: Does writing energize or exhaust you?
IW: Writing energizes me! I get a thrill using my creativity to voice my frustration on the world’s ills. For example, TJRB is filled with controversies; taboo topics besides domestic violence, but racism, sexism, religion and LGBT issues.

BPM: Do you believe in writer’s block?
IW: Of course! What I do, however, are two things: I free write until something spark, or step away from the laptop to relax my mind. As I said earlier, my mind and soul needs to be relaxed to write.

BPM: Is there one subject you would never write about as an author? What is it?
IW: I’m open when it comes to genres and subject-matter. As long as it has a thought-provoking message, it doesn’t matter.

BPM: What was the best money you ever spent as a writer?
IW: An editor is the best investment for a self-published author. We don’t have the luxury to have three or four pair of eyes at the convenience of a traditional publisher. We, however, have to do our homework by finding the right editor. During my journey, I had to learn the hard and an expensive way of acquiring shortcuts. Basically, you get what you pay for.

BPM: Have you written any other books that are not published?
IW: Of course! I think there are plenty writers that have finished manuscripts looming in their hard drives. For me, while struggling to pay my editor, I kept writing. I went from one finished manuscript to another, and then I noticed one day, I have completed over a dozen manuscripts. All of which will be published someday.

BPM: What projects are you working on at the present?
IW: As of now, I’m working on TJRB’s sequel, The Rites of Passage. I’m up over 50,000 words. I’ll give myself six months to finish. Also, I’ve written a play, and I hope to it get into production by the end of 2017.

BPM: How can readers discover more about you and your work?
IW: Readers can learn more about my background and my work at my website: www.imanwisdom.com.