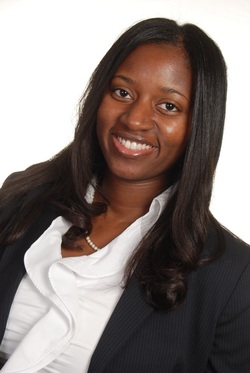 Natasha D. Frazier accepted the call to write in 2011. Since then, Natasha has authored three devotional books. Her first book is The Life Your Spirit Craves, a 30-Day devotional and journal that encourages readers to seek, accept and pursue their God-given assignment.  Her second book, Not Without You: 365 Days in the Lord’s Presence, encourages readers to make devotion a part of their everyday life by seeking God every day. Not Without You has been nominated for the Henri Award. The Henri Award recognizes excellence in Christian literature.

Natasha resides in Missouri City, TX with her husband, Eddie Frazier, Jr. and their three children, Eden, Ethan, and Emilyn. Her greatest joy and commitment is to her family who she hopes to inspire above all else. One of her many mottos in life is: Faith removes limitations. Natasha and her family are members of Higher Dimension Church in Houston, TX. Natasha is also a member of the Houston Area Alumni Chapter of Jackson State University and Alpha Kappa Alpha Sorority, Inc.

BPM:  What made you want to become a writer? How long have you been writing?
Natasha: I’ve wanted to write since high school. I toyed with the idea a little in college, but decided to stick with Business School, where I earned degrees in accounting. For years, writing had been impressed upon my heart and it wasn’t until around 2011 that the idea weighed on me so heavily that I began to pray continuously about it. It seemed as if every sermon afterward was directed at me to move my feet. One night while studying my bible, I read Joshua 18:3, which says, “How long are you going to wait until you take possession of the land the Lord your God has already promised you?” That was my cue. I decided that I would no longer wait because I didn’t want to miss out on the life that God had called me to live. I’ve been writing since that time.

BPM:  How do you think you’ve evolved creatively?
Natasha: I’m learning more and more how to “show” rather than “tell.” Telling is taking the easy way out, so I’m (and so is my editor) continuing to challenge myself to step outside of the box and “show.”

BPM:  Do you view writing as a kind of spiritual practice?
Natasha: I think writing is necessary for all of us because it gives clarity, cleansing, and order. It doesn’t have to be a book, but our daily thoughts, tasks, or even the grocery list! I suppose it can be viewed as a spiritual practice because we need those same ideas in our spiritual lives (clarity, cleansing, and order). I need to write. I get such a feeling of peace and accomplishment when I check off that box for the day.

BPM:  How has writing impacted your life?
Natasha: I’ve learned now, more than ever, that I can do anything I set my mind to. Writing has also created opportunities for me to cultivate relationships that probably wouldn’t have happened had it not been for my writing. It has also helped me to grow spiritually and in my degreed profession.

BPM:  What was one of the most surprising things you learned in creating your books?
Natasha: Creating my books is the easy part and getting them into the hands of those who need to read them is the most challenging. Creating the book is only the first step.

BPM:  Where do you see yourself as a writer in five years?
Natasha: The Love, Lies & Consequences series has seemed to take wings. It is going further than I originally planned. I planned to write two books and move on to something else, but that doesn’t seem to be the case. I’ve already started the next two books in the series. But in five years, I hope to have gained the knowledge needed so that I can begin writing a pilot for a television series.

BPM:  How do you find or make time to write?  Are you a plotter or a pantster?
Natasha: Our family has recently grown, so I have to be even more strategic with writing. Lately, I write during my lunch breaks or late in the evenings when my baby boss frees me. I’m a pantster. I never know where the story will go, I let the characters decide. If there are a few things that I know need to happen in the story, I jot down a few notes, but that is the extent of plotting for me.

BPM:  How did you choose the genre you write in? Have you considered writing in another genre?
Natasha: I currently write devotionals and Christian fiction. I do believe my writing is a calling so the genres were an easy pick. The only other genre I’ve considered to date is children’s books, and that is only to help my daughter publish her first book. I love watching crime dramas (Quantico and NCIS: LA are two of my favorite shows) and would love to be able to write one, but I don’t know if I ever will.

BPM:  Tell us about your most recent work.  Available on Nook and Kindle?
Natasha: Shattered Vows is the third book in the Love, Lies & Consequences series. It can be read as a stand alone, but where’s the fun in that? Shattered Vows centers around Rico, the charismatic preacher’s kid who charms Raegan in book 1 and leads her to believe he’s going to marry her, but he has a secret, and she’s missed all the signs because she’s so caught up on the fact that he’s enamored with her. Rico’s lies have finally caught up with him and he’s ready to turn his life around, but it just may be too late. It is available on Kindle (and Kindle Unlimited) and paperback.

BPM:  Give us some insight into your main characters or the speakers. What makes each one so special?
Natasha: Rico has been used to getting his way with women, but he is now a changed man. He no longer cares how other women see him. All he wants is for his wife to choose him and their marriage. He has now become the man who messed up and craves nothing more than his wife’s forgiveness. His wife, Chloe, on the other hand has had enough. Not only has she forgiven him before, but she feels like he took her forgiveness for granted. Why wouldn’t she feel this way when he went and impregnated another woman? And what makes matters worse is that a baby was the one thing she had yet to give him. Adultery has always been her deal breaker and she has one foot out the door with someone on the other side ready and willing to love her like she should be loved. The issue she struggles with is hurting the heart of God, but she needs to move on for her own peace of mind.

BPM:  What was your hardest scene to write, the opening or the close?
Natasha: Definitely the closing. It was the first time I’ve written that type of scene, and because it wasn’t something that I’ve personally had to deal with, it was tough.

BPM:  Share one specific point in your book that resonated with your present situation or journey.
Natasha: One of the recurring themes is learning to forgive yourself for mistakes you’ve made and trusting and taking hold of God’s forgiveness. It is one thing to accept God’s forgiveness, but it is another to forgive yourself and move on. I’ve learned that holding on to mistakes that God has forgiven me for is crippling to me. I can only truly move forward if I accept God’s love and forgiveness and use the situation as a lesson, forgive myself and continue to grow into the person that God has called me to be.

BPM:  Is there a specific place/space/state that you find inspiration in?
Natasha: Not really.  I’ve found inspiration in random places: at a stoplight, washing dishes, watching a movie, talking to a friend, etc. I usually take note of the thought by texting or e-mailing it to myself so that I can use it later.

BPM: Are there certain characters you would like to go back to, or is there a theme or idea you’d love to work with?
Natasha: Of course! In book 1, we get a glimpse of Raegan’s three closest friends: Tammy, Michelle, and Kensi. Tammy’s story is told along with Raegan’s. I’ve already started a book for Kensi. I would like to circle back and write Michelle’s story as well.

BPM:  Do you want each book to stand on its own or do you prefer to write series?
Natasha: Each book can stand on its own, but its probably better to be read as a series. Book 3 is more stand alone than books 1 and 2.   I prefer to write series as well. When I’m done with each book, there is always this question of “what if” and the series just keeps going. I think that’s the reason why I liked the soap opera “All My Children” so much: it was never-ending!

BPM:  Does writing energize or exhaust you?
Natasha: Writing energizes me. I feel such a sense of peace and accomplishment when I’m done.

BPM:  Do you believe in writer’s block?
Natasha: I’ve never really had it, probably because I don’t sit and write for long periods. The longest writing period for me has probably been about a couple of hours.

BPM:  Do you try to deliver to readers what they want or let the characters guide your writing?
Natasha: All of my fiction is character-driven, however, it is interesting to hear what readers think.

BPM:  Is there one subject you would never write about as an author? What is it?
Natasha: I’m not sure. I’ll write whatever God gives me.

BPM:  What was the best money you ever spent as a writer?
Natasha: A couple of years ago, I purchased a vending space at The Ultimate Women’s Expo here in Houston, TX. That was such a great experience because I got the chance to meet so many different types of readers in such a short period of time.

BPM:  What projects are you working on at the present?
Natasha: I have two projects in the works. I am working on Kensi’s book; it is currently untitled. I am also working on a book for Chloe, which picks up about a year later after the end of Shattered Vows.

I. Award-winning devotional, “The Life Your Spirit Craves”

II. Award-nominated devotional, “Not Without You: 365 Days in the Lord’s Presence”

V. The Life Your Spirit Craves for Mommies