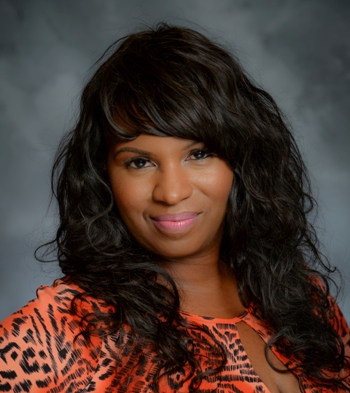 BPM: Could you tell us something about your most recent work?
My new novel is titled Double Down and Dirty. The story is about Jade Bordeaux who escaped her Southern Baptist family and moved to New York because they would never respect the choices she made or the secret she kept. The Big Apple and her new modeling career proved to be more adventurous than her life in Baton Rouge. Excitement flowed through everything from the towering landscapes, wonderful opportunities, and especially in the form of handsome CEO Sean Wright. Dating him takes an unfortunate turn when his sister’s dance to the rhythm of revenge becomes a tune she’s hell-bent on sharing with her family and the people they love.

In a matter of weeks, Jade’s life takes an uncertain and dangerous turn. Nothing prepared her for the call which stirs emotions Jade thought she’d buried. The former Governor of Louisiana has denied her existence since birth and now makes a life-altering request that fills Jade with resentment. Jade built her success and happiness by making hard choices, even ones that cause heartbreak. Unfortunately, she never imagined that any of those choices could lead to the death of someone she loves. Jade soon learns in the game of life, sometimes playing Double Down and Dirty is the only way to win.

BPM: Give us some insight into your main characters or speakers. What makes each one so special?
What makes Jade so special is her determined attitude. There were many times where she could’ve given up and decided to live a mediocre life, but that wasn’t her dream. She wasn’t afraid to take risks, which is how she became a highly sought after super model.

Sean Wright is special because his stern exterior doesn’t match his loving interior. He’s been forced to make decisions that others don’t always understand, but Sean never does anything without thinking of the bigger picture, and even though others feel his bigger picture is his bank account, Sean knows his heart. The choices he’s made in business and relationships are always beneficial to the people he loves, even if they can’t see it or understand it at the time.

Adrian Wright, Sean’s sister, is special because she carries around an immense amount of weight from her past, and she somehow finds the strength to keep going. Unfortunately, she’s so blinded by hurt that she in returns hurts others, but even she has her limits on how far she’s willing to go.

BPM: What inspired you to sit down and actually start writing this book? Why now?
The funny thing is, I didn’t sit down to start writing this book in particular. I sat down to write a story about two sisters who were complete opposites. One was a country girl living in Louisiana, and the other was the successful realtor living in New York. The more I wrote, the more it started to sound too Tyler Perry-ish. Don’t get me wrong; I absolutely love me some Tyler Perry, but I’m not trying to be him. So, after brainstorming with my developmental editor, we thought of scenarios that would make this story different from anything else out there. Instead of the drama with her sister, it became drama with his sister. Along with a lot of other situations that make this story quite unique. Their lives are all intermingled in ways they didn’t know in the beginning. Each chapter offers a new “wow” factor in the lives of these people, and that’s the story I wanted to write, so I did.

BPM: How do you select the names of your characters?
After writing a description of my characters, I usually Google popular names from the year they were born. The name will usually jump out at me when I see it. She’s a fashion model, very beautiful, very intelligent, so Jade sounded like it would fit her perfectly. Sean Wright has a rich, confident sound to me. So, I went with that.

BPM: Where do your book ideas come from?
I can get an idea for a book from an ordinary conversation. My husband and I were discussing a situation just the other day, and he said something that started my creative wheels spinning. In a matter of minutes, I had mentally written an outline of a book that could stem from that conversation. I think the creative mind finds ideas everywhere. It could be something the preacher says during his sermon, or a news article, a situation a friend has gone through or is going through. Ideas are all around if you’re tuned into them. Usually, I am. It’s hard to turn my creative mind off.

BPM: Are your books plot-driven or character-driven?
My books are character driven. I get so wrapped up in these people that it’s hard for me not to write based on how they’re feeling. How their actions change the story. How the things that’s happening to them changes them throughout the story. My characters are my story.

BPM: Is writing easy for you? Do you feel lonely being a writer?
Lonely? With all these people living in my head? No way LOL! Writing does come very easy for me. I never recognized it as a gift until I wrote my first novel and noticed how impressed my friends and family were that I could write a whole book. They were amazed. That’s when it hit me that I’d accomplished something special. I have a unique gift.

BPM: What did you enjoy most about writing this book?
I enjoyed writing Jade’s storyline the most. It gave me an opportunity to be someone I’m not. Jade doesn’t mind saying what’s on her mind, I do. Jade’s very confident. She’s not afraid of taking risks, as I stated earlier. For me, it’s always fun to step outside of myself and become opposite of who I’ve been for the last 39 years.

BPM: How long does it take to complete one of your books?
Well, because there’s this thing called “real-life” it takes me about a year to complete a book. I’m the mother of two very active children. My son tries to play every sport known to man, and my daughter is part of competitive cheer team. Right now, my life revolves around their schedules, so writing takes a little longer. Oh, and I also have a full-time job and a husband who requires attention every now and then.

BPM: Do you have any suggestions to help me become a better writer? If so, what are they?
This is going to be so cliché, but it’s the truth. To be a better writer, you must, read a lot of novels written by really strong authors, write a lot, even if it’s not a novel. You can journal, write a short story, rewrite something you read and felt could’ve been better, and attend writing workshops if they’re available. Never stop working to improve your craft.

BPM: What period of your life do you find you write about more often?
Young adult. I do write personalized children books, but my novels are all young adult.

BPM: How do you feel when someone disagrees with something you have written?
At the beginning of my writing career, I’d get offended. They didn’t know it, but it hurt a lot to hear anything that could be taken as negative about your work. Now that I’ve been doing this for a while, I’ve toughened up a lot, especially since I saw where the criticisms helped to make me a better writer. I welcome constructive criticism now.

BPM: Are there under-represented groups or ideas featured in your book? If so, discuss them.
I don’t know if it’s under-represented this day in age, but it does touch on living an alternative lifestyle and dealing with judgment from the one person who’s supposed to love you unconditionally. It forces my characters to have the difficult conversation bypointing out that one sin isn’t better or worse than another.

BPM: How does your book relate to your present situation or journey?
This book relates to my journey of living life on purpose. I believe there are some people who just know what they’re meant to do and meant to be in this life, but they’re too afraid, for whatever reason, to step out and do it. Even though this book is fiction, based on fictional characters, the things that they go through is real-life. People are taking risks every day, and it’s paying off big time. I’m learning to do the same and the art of persistence. Jade and Sean are two people who don’t believe in no, not when it comes to something they really want. They find a way to make it happen. That’s how I’m learning to be. Unless I feel that God is blocking it, then I’ll step away and let Him lead me to my “yes.”

BPM: Did you learn anything personal from writing your book?
I learned to stop overthinking and just write. I used to picture everyone from family to church members who’d be reading it, and that was a lot of stress. With this book, I just wrote. L.A. Lewis doesn’t curse, but her characters do a little. Very little, I still have my limits. I’ve learned to stop stifling my creative juices and just let them flow.

BPM: What were your goals and intentions in writing this book, and how well do you feel you achieved them?
My goal was to have another book released this year. My goal was to grow as an author, and one of my beta readers, who’s read my previous work, said she could definitely see a difference in my writing. I’m proud of this book. It was super hard because my editor is a beast and she works you, but it paid off. I have a product I’m proud to stand behind.

BPM: What projects are you working on at the present?
Right now I’m working on my fourth novel “Wife Swap,” and doing a lot of reading and researching about scriptwriting. I’m very interested in writing for TV, and I know it’ll happen as soon as I’m ready. Right now I’m studying to show myself approved.