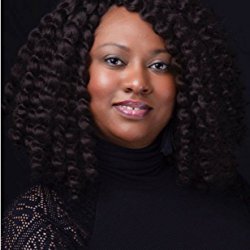 Danielle D. Seck is the Founder and President of D. Smith Enterprises. D. Smith Enterprises is an event planning and production company. Although she founded D. Smith Enterprises in 2008, she began planning and producing events when she was in middle school. Her first event was a talent show at Monroe Traditional Middle School in Columbus, Ohio. Danielle listened to the students at the school and decided to talk with the administrators and have the first talent show ever! She then showed her leadership skills as a senior in high school forming the first Drill Team at Pickerington Central High School.

She has developed and produced concerts and fundraisers for churches and nonprofit organizations such as Franklin County Children Services, Wendy’s and many more. After years of working on concerts and bringing artists to Columbus, Ohio she decided in 2010 to branch into plays. She first produced the play, The Million Dollar Man by Angela Wilson. The Million Dollar Man first hit the stage in the fall of 2010 with a sold out performance and again in 2011 with 2 sold out performances. She has been a part of countless plays providing marketing and production needs.

Danielle has striven for years to give her all in every event of her life while enduring the hurt and pain of abuse, physical and mental as well as rejection from her parents and family. All of this first gave her a reason for a pity party and later it became her strength, her reason “why”. She used God’s help to prove the doubters wrong and is now striving and excelling in her marriage, as a mother of three beautiful children. She is now taking on the new task of being an author. The release of her first eBook and paperback will be January 2017.

She has also begun the, Don’t Be Quiet Movement which is an organization that is against child abuse and neglect and is here to assist children with finding their voice. In November 2016, she was sworn in as a Guardian Ad Litem with CASA (Court Appointed Special Advocate). CASA was a safe haven for her as a child when she was removed from her home because of abuse and neglect. She is “for the child” and is excited to volunteer her time and be a voice for a child.

BPM: What made you want to become a writer? How long have you been writing?
I have always admired and read books by Les Brown and Joyce Meyer. These two were writers and speakers that I have dreamed to become like. After reading, Battlefield of the Mind by Joyce Meyer I knew I needed to get my story out about my survival of child abuse and neglect and I also knew I had to become a speaker to have my voice heard so others do not have to suffer in silence like I did. I started writing poetry and short stories since middle school.

BPM: Do you view writing as a kind of spiritual practice?
Definitely! This book is based on my life story and I had to go through a cleansing. I relived moments of my childhood that were not favorable. I cried and became angry all over again, remembering things that happened to me.

BPM: How has writing impacted your life?
Writing has helped me to find my truth.

BPM: What was one of the most surprising things you learned in creating your books?
When I take the time to sit down and meditate and clear my mind, I can tap into my creative side.
BPM: Where do you see yourself as a writer in five years?
In five years I want to be working on or just releasing my third project which will be about blended families.

BPM: How do you find or make time to write?
I wait until the children are in the bed. I also set a schedule and try to stick to it as to when I need to write.

BPM: Tell us about your most recent work. Available on Nook and Kindle?
Yesterday’s Tomorrow is written based on my life as a child abuse and neglect survivor and how I am affected and how I affect others when it comes to those that are close to me. This book is available on Nook, Kindle, and iBooks.

BPM: What was your hardest scene to write, the opening or the close?
The closing was the hardest to write for me. I wanted to make sure it was written well enough to make you want to find out what happens next.

BPM: Is there a specific place/space/state that you find inspiration in?
While I am in my car or shower I find the most inspiration. I always have my voice memo ready to record my thoughts.

BPM: Do you believe in writer’s block?
Yes. Unfortunately it is very real. I was able to overcome it in times by just trusting God. The times when I would experience writer’s block I was stressing over something. Therefore, my mind was not clear.

BPM: Is there one subject you would never write about as an author?
What is it? Yes. Sex or hatred towards others.