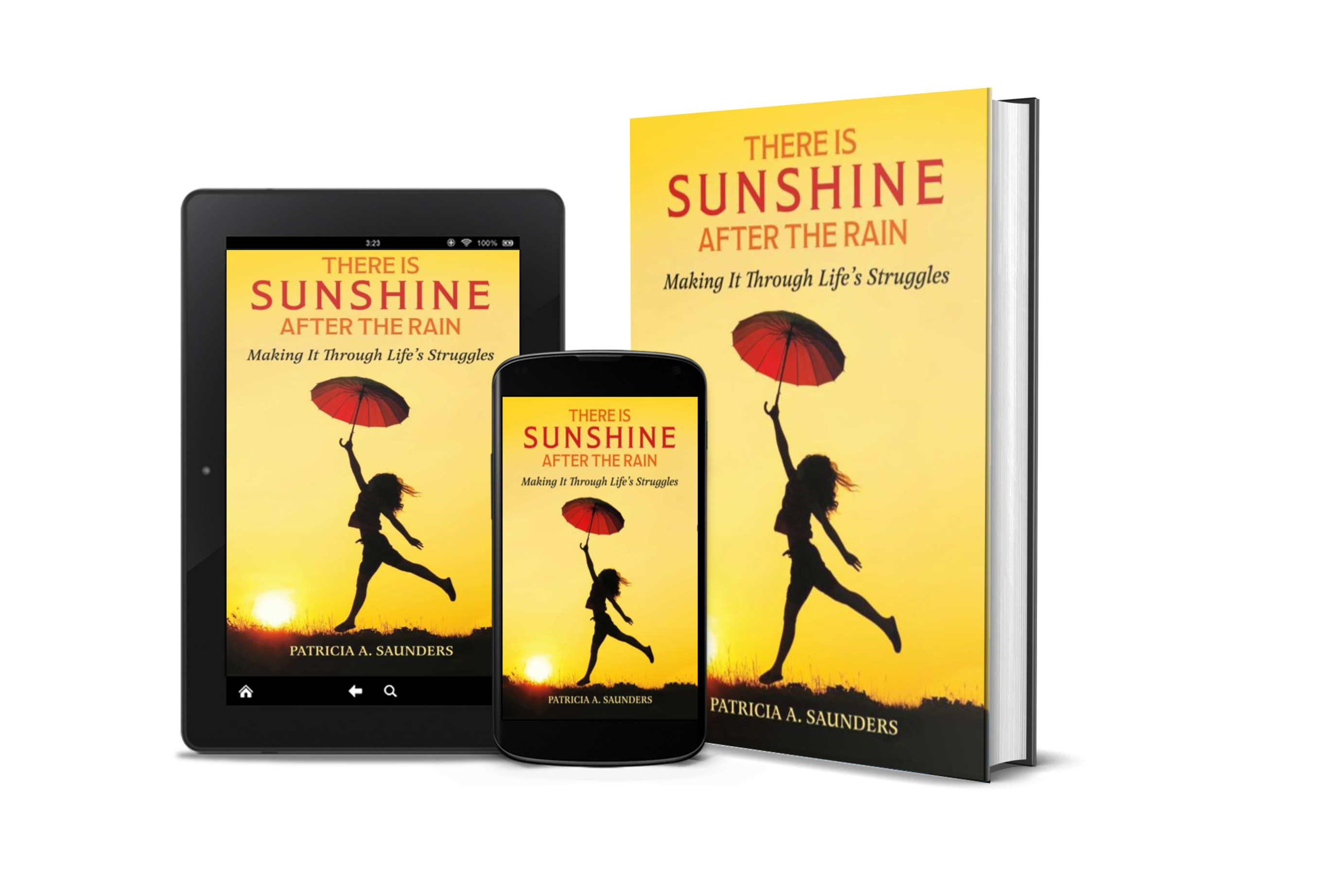 There Is Sunshine After The Rain Making It Through Life’s Struggle by Patricia A. Saunders

Sitting there with the pieces of your life around you, there seemed to be a pattern. There was faith, love, deceit, lust, and loss—in that order. You didn’t think you were deserving of love. That is why everything was being taken from you, and you were ready to give up on life. Through your poetry, faith, and learning from your past, you can rewrite the story. It was after coming through all the experiences and being stronger, you realized there is always a new chapter.

There Is Sunshine After the Rain will take you on the journey of a young girl growing up in Connecticut, who had to take some stumbles along the way to come into her own and realize instead of tearing herself down for the decisions she made, there is a lesson.

Love is greater than anyone can imagine and can warm you like the sunshine after the rain. You went from the beginning, the journey, the test, and the testimony to say, “There Is Sunshine after the Rain.”

Purchase There Is Sunshine After The Rain: Making It Through Life’s Struggle
Genre: Poetry > Biographies & Memoirs > Women
https://www.amazon.com/There-Sunshine-After-Rain-Struggles/dp/1543918662

Chapter Excerpt from There Is Sunshine After the Rain

There were men who came into my life that I loved with all my heart over the years. One man after another disappointed me for specific reasons. I found some had wandering eyes, cheated on me with my best friend while I was away at school, or I found out that they said all the right things, but their actions spoke another.

My wall went up to protect my heart and my new love became my job. I strived to be the best at whatever position I had. The people at my job were my friends, my family, and my child that I never had. There was something still that I felt missing, and it was on a trip to California that I felt my calling. I came back to tell my elderly parents that I was leaving, and it was my father who looked in my eyes and said, “I won’t always be here.”

Something in his tone let me know that it was the right decision because I needed to become independent. I had family in California, so I had support. Within two months I had given notice at my job, packed two suitcases, sold my belongings and had a one-way ticket to California.

I knew no one except my family, and I slowly began to venture out to the unknown. I was working sometimes two jobs to make ends meet. Because I couldn’t go back to Connecticut. Because I didn’t want to fail.

My father’s health was declining and I would come back annually to see him. I had so much excitement to see him that I would just lie on the covers next to him. Just listening to him breathe and feeling protected from the storm. I remember like it was yesterday I came home after he had surgery. It was snowing and I went outside to shovel the snow. Being that I was the youngest, a girl, and my parents always paid a neighborhood kid to do this. Well the kids had all grown up and moved out of the neighborhood. I never had done this task of shoveling. Something that my father had done for years and made it seem like the snow was as light as a feather.

He sat and watched me and I struggled, but he stayed in the window from afar. It felt like the muscles within my chest had exploded and I was in so much pain, but I couldn’t let my parents down. I thought I had done a good job. While I was inside recovering from the ordeal, my father had changed clothes and slipped outside. Shovel in his hands and as the man of the house—no matter if he had a hole in his side, wasn’t to lift anything, and was supposed to be recuperating—he was still going to be the man and complete the task.

When I saw what he was doing, I lost it because of the fear he would injure himself. We got into the biggest argument. I was leaving the next day and we were still mad at each other. I kissed him goodbye and sat on the shuttle crying all the way to the airport. It was something within my being that knew that it was the last time I would see him. I wanted to become the protector and do everything in my power to show him I could be strong, I could provide, and I was the woman he raised me to be. He, being the proud African American patriarch of the family, not wanting to be seen weak, even in the months before his death wanting to be remembered as strong.

Within months he was in hospice, my mother had called to tell me to come home, arrangements were made. I spoke to him and he could barely whisper into the phone. I said, “Daddy, I love you. I got a new job paying me good. I will be able to take care of Mommy, it’s okay if you want to go. I was to leave on a Thursday morning and at 6:30 a.m. Wednesday while getting ready for work my mother called to tell me his condition. She placed me on hold because another call was coming in. She came back on the line, and I could tell by her tone something was wrong. I said, “Mommy, what’s wrong” and she said, “They said he’s expired.” She had to get off the phone and go to be with the man she called Honey. She had to see him before he was gone.

I sat naked on the bed, called my sister who lived close by, and said, “Daddy’s gone.” She rushed to my apartment and there I sat in shock. She helped me get dressed, she hugged me while I wept, and she took control of my life for the next seventy-two hours. She placed calls to get me home immediately, few words came out of my mouth, and she took time away from her family to bring me home. It was a blur from that point on while preparing for the funeral, making sure my queen was taken care of, and my king was laid to rest.

My father died eight days before my birthday and we laid him to rest on St. Patrick’s Day, aka, St. Patty’s Day. As I delivered his eulogy, I recited all the accolades about this man we all loved. The question that I proposed to the group was “Who will have my back now”? The minister, from the podium, answered “God will always have my back.”

As we drove to his final resting place, my brothers, nephews, and grandnephews came to hug me, each whispering in my ear that they would always have my back. The tears flowed, and my father was lowered into the ground as I said my final goodbye.

Purchase There Is Sunshine After The Rain: Making It Through Life’s Struggle
Genre: Poetry > Biographies & Memoirs > Women
https://www.amazon.com/There-Sunshine-After-Rain-Struggles/dp/1543918662