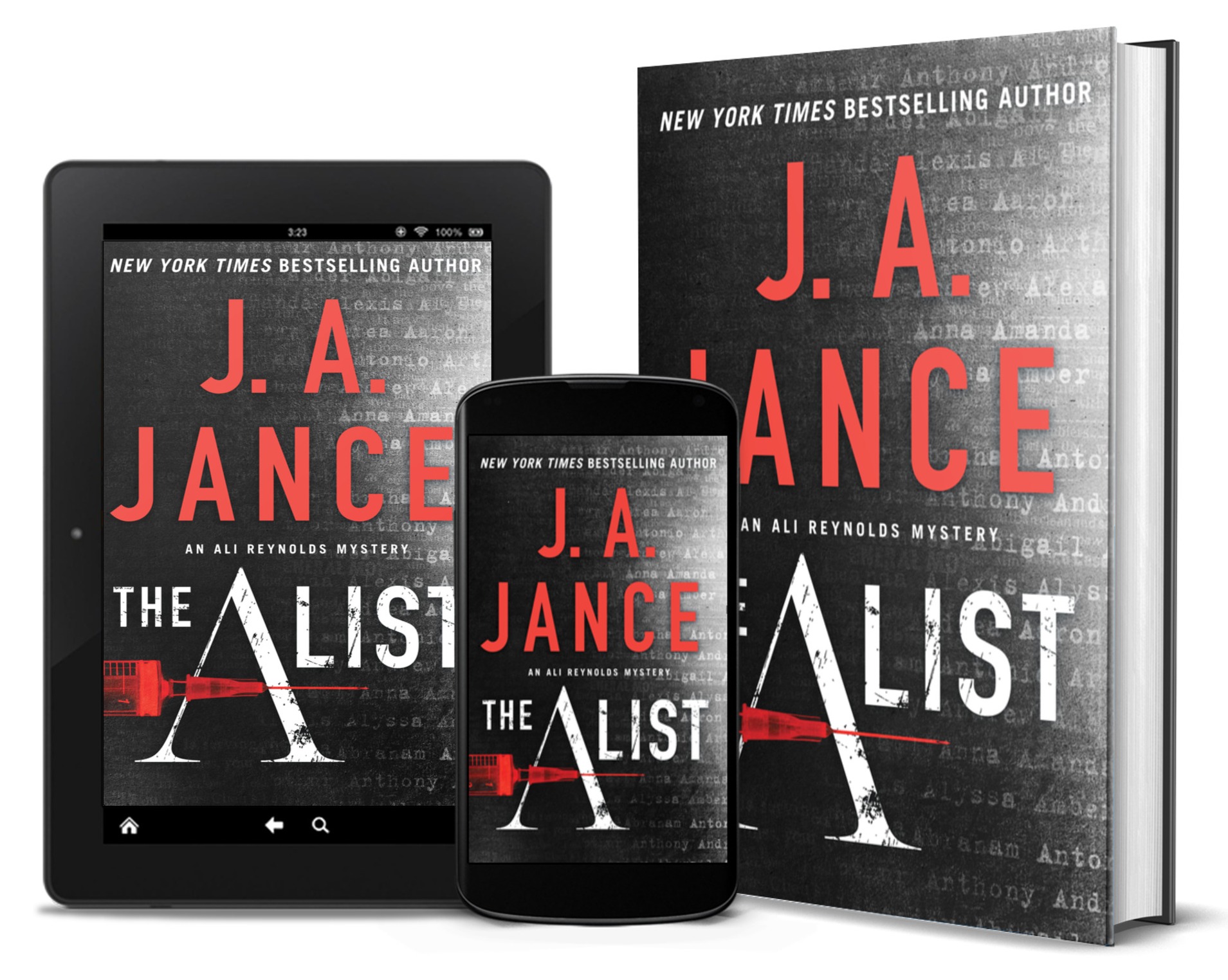 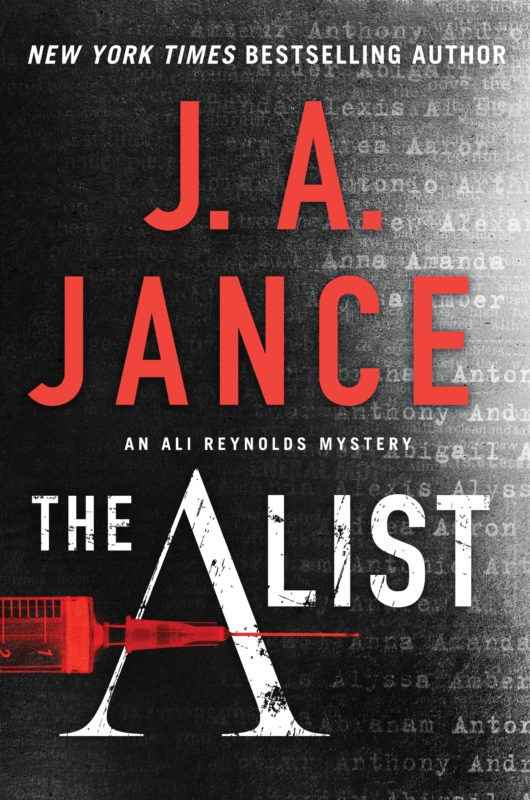 With over 21 million copies of her books in print over a career spanning four decades, in 2018 perennial New York Times bestselling author J.A. JANCE was honored with the Strand Magazine Lifetime Achievement Award as “one of the finest practitioners of the suspenseful thriller.”

In J.A. Jance’s gripping new novel, THE A LIST (on-sale April 2, 2019; Gallery Books; Hardcover; $27.99; 978-1-5011-5101-9), broadcast journalist turned amateur sleuth Ali Reynolds learns that no good deed goes unpunished—as a threat from the distant past jeopardizes everything in her future.

One life is saved, but countless others are put in jeopardy when more donor-siblings are discovered—many the spitting image of Gilchrist himself. As suspicions mount and a high-stakes trial looms, the disgraced doctor’s ex-wife and longtime accomplice, Dawn, is brutally killed. The case goes cold for years, until a hitman’s confession implicates Gilchrist and lands him in Folsom Prison for first degree murder.

Gilchrist is sentenced to life without parole. But with a wealthy mother who would do anything for her son, a powerful friend on the inside, and a burning desire to destroy those who triggered his downfall, he’s more dangerous than ever. Five freshly-tattooed initials run down Gilchrist’s forearm – this “Annihilation List” an indelible declaration of war, with the letter “D” crossed out to mark his first chilling victory.

Now living in Sedona, Ali has picked up the pieces of a career and marriage that fell apart, but must upend her new life in a race to save herself and the others inked onto Gilchrist’s deadly scorecard.

In addition to her Ali Reynolds series, J.A. JANCE is the New York Times bestselling author of the J.P. Beaumont series, the Joanna Brady series, a series of Southwestern thrillers featuring the Walker family, and more. Born in South Dakota and brought up in Bisbee, Arizona, she lives with her husband and their two dogs in Seattle and Tucson. Visit her at JAJance.com.

THE A LIST – An Ali Reynolds Mystery By J.A. Jance

GALLERY BOOKS is an imprint dedicated to publishing a variety of must-read books on a wide array of topics.  Launched in February 2010, Gallery is designed to showcase established voices and to introduce emerging new ones—in both fiction and nonfiction genres.   Some of Gallery Books’ bestselling titles include Unhinged by Omarosa Manigault Newman, The Death of Mrs. Westaway and The Woman in Cabin 10 by Ruth Ware, The Last Black Unicorn by Tiffany Haddish, The Girl with the Lower Back Tattoo by Amy Schumer, Paradox by Catherine Coulter, Five Presidents by Clint Hill, The Perks of Being a Wallflower by Stephen Chbosky, and Love Anthony by Lisa Genova.