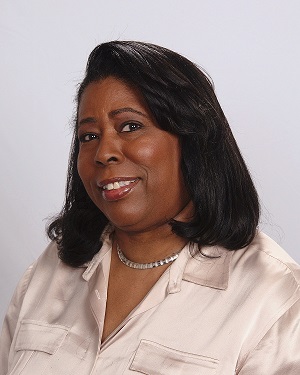 Romance readers everywhere are enamored of Janice L. Dennie’s handsome heroes and feisty heroines as they tumble breathlessly in love among the pages of exciting stories set against the backdrop of California’s Napa Valley Wine Country. With a luxuriant voice and style reminiscent of the great romance writers, Ms. Dennie’s romances are dishes of luscious ice cream with candy sprinkles that keeps readers coming back for more of her smooth literary desserts!

Born to a military family that settled in San Francisco, California, where Ms. Dennie attended elementary, middle and high school. She later graduated from California State University, Hayward, with a Bachelor of Science in Business Administration. Ms. Dennie worked for a federal agency until retiring in 2011.

Ms. Dennie wrote and published two novels that launched her into the limelight of the romance industry. Since her retirement, Ms. Dennie has returned to her first love—writing romance novels that have readers reaching for her books time and again as she delivers love stories featuring beautiful, independent women and tall, dark and dangerous men. Ms. Dennie has made a big splash in a big pond—not bad for a woman who read her first romance novel at 21!

Determined to enjoy her life as she writes her way to the top of the bestseller lists, Ms. Dennie enjoys watching football with her husband, Gregory, and fun visits with her family. Yet she still has time to travel, volunteer in her community, garden, and read her beloved romance novels!

Stamped with her signature of excellence, Ms. Dennie’s latest series, THE UNDERWOOD’S OF NAPA VALLEY are heartwarming romances woven into the gorgeous tapestry of the wine industry, its lush vineyards and the elegant men and women who still believe in the power of love! To learn more about Janice L. Dennie and her books, visit www.JaniceDennie.com and indulge in delicious claret of literary pleasure!

BPM: Family is so important in your books. Tell me a little about your family.
I’m married to Gregory D. Reed, Sr. Together we have three adult children, Gregory D. Reed, Jr., Sharita Reed and James Reed and nine grandchildren.

My parents moved to San Francisco from Denver, Colorado, where I was born, in the 1960s. My siblings and I attended elementary and middle school in San Francisco, before moving to the East Bay. I graduated from California State University, Hayward with a degree in business administration, and began a career with a federal agency, in San Francisco, before retiring in 2011. My sister Linda lives in Tulsa, OK and my youngest sister, Camille lives in Southern California.

BPM: How did you get to be where you are in your life today? Who or what motivated you?
Higher education was stressed in my family. My parent’s exposed us to as much as they could when my siblings and I were children. Earning anything lower than a C in grade school was unacceptable and meant automatic punishment. My oldest brother was a straight A student, my other siblings and I were A & B students. Both of my parents motivated me to want to accomplish something in life. My parents always said, if you’re going to stay at home, you must either go to school or work; no sitting around. It was implied that they expected me to make something out of myself. I got to be where I am because of my faith in my heavenly father, and the sacrifices of my family. As a working woman, my mother became a strong role model for me to pattern my life after.

BPM: Why did you begin to write?
I am fascinated with making “something out of nothing.” “I began writing because I wanted to create my own stories and see myself reflected in the character of the heroine. I’m inspired by writers such as James Baldwin, Walter Mosely and Jane Austin.

News articles also inspire me to write. I was inspired to write ‘Kenton’s Vintage Affair,’ when I read a news article about Dr. Earnest Bates, part owner of Bates Winery in Napa Valley. I never knew there were Black wineries in Napa, and I visited wineries there numerous times. That news article inspired me to create the fictitious Underwood family, and give each member a story.”  There are five books in The Underwood’s of Napa Valley Series.

BPM: Who does your body of literary work speak to? Do you consider authors as role models?
My body of literary work speaks to anyone who enjoy reading romances and learning about Black culture and history. My first book The Lion of Judah introduces the reader to the idea of Black royalty. Since we do not live in a country that has kings and queens, I looked to Africa for inspiration. I read an article in Newsweek magazine that referred to Emperor Haile Selassie as The Lion of Judah. I researched the subject and found out the Lion of Judah ruling dynasty descends without interruption from the Queen of Sheba and King Solomon. I was shocked. My book came next. After that, I wrote Moon Goddess, Queen of Sheba.

I’ll never forget the time I took a black history class in college and learned about Black scientists and inventors. I brought that book home and my father, an engineer, took it from me after I finished the class. He gave me the strangest look I’d ever seen on his face. He couldn’t believe there was a book about 19th-century black scientists and inventors. I’ve often wondered why African American’s and their great accomplishments were excluded in our American history books. So I set out on a journey to learn as much as I could.

I do consider authors as role models especially for impressionable youth. It’s amazing how words can hurt or help people. I prefer to write stories that uplift the human spirit. I like writing about how characters transform into different people.

BPM: What inspired you to sit down and actually start writing JUSTIN’S BODY OF WORK?
President Obama and Attorney General Eric Holder, and their positive attitude toward women’s rights. Although I don’t consider myself a hard core feminist, I do appreciate when people take up a shield to protect women and children. I decided to write JUSTIN’S BODY OF WORK, book 2 in The Underwood’s of Napa Valley Series because Justin’s book is next in line after KENTON’S VINTAGE AFFAIR. Justin’s story came into sharp focus after Attorney General, Eric Holder went to Ferguson, to help the disenfranchised people. I always root for the underdog. Justin fights for disenfranchised, particularly in cases involving sexual harassment, domestic abuse and equal pay. As a successful civil rights attorney, Justin is a modern day knight in shining armor. A man with characteristics every woman dreams about.

BPM: What did you enjoy most about writing JUSTIN’S BODY OF WORK?
I enjoyed creating Justin’s character. I wanted to create a strong male character that women could look up to and respect. So many modern day single women have had to be the mother and the father in many Black families. I wanted to write a story about a woman who could be a woman, and a man who could be her knight in shining armor. I know this sounds unrealistic or archaic at best, but this is the story I wanted to write. I wanted to create an over the top hero who would save the heroine from a vicious lawsuit in the court of law.

BPM: Where do your book ideas come from? Are your books plot-driven or character-driven? Why?
My book ideas come straight from my imagination and my love for African American culture and history. My creative imagination stems from my childhood when I created something out of nothing. My father was a great storyteller who made up this story called THE HARD BISCUIT, which turned out to be a little scary for a five-year-old. I dreamt about that story and even had nightmares, nonetheless, it was my father’s storytelling that also sparked my creative imagination.

BPM: Could you tell us something about your most recent work?
JUSTIN’S BODY OF WORK, book 2 in The Underwood’s of Napa Valley Series, is about a successful Napa Valley attorney, Justin Underwood who falls in love with a beautiful spa owner, Ashley Jacobs, who is facing a serious lawsuit. The book is available in Kindle format and paperback on Amazon.com.

BPM: Give us some insight into your main characters or speakers. What makes each one so special?
The heroine, Ashley Jacobs relishes in providing her customers with a soothing and healing environment at her day spa in the Silverado area of Napa Valley. She maintains her even temper and peace of mind, avoiding anger at all costs. But when she faces a vicious lawsuit, from someone she least suspects, her peace of mind comes to a complete halt.

Justin Underwood is a successful attorney with a stellar resume and a body of work that consists of winning civil rights cases for the disenfranchised. The moment he hears Ashley’s sultry voice and feels her gentle touch, he finds comfort simply by being in her presence. He becomes hopelessly drawn to the siren with the sexy bedroom eyes. But Ashley has a family secret that prevents her from totally committing to Justin. After taking her case, he watches her coast along, with her head in the clouds, turning a blind eye to the facts of her lawsuit. Can Justin get Ashley to commit to him, and open her eyes to the facts surrounding her lawsuit? Can Ashley overcome her family’s secret that prevents her future happiness?

What makes Ashley so special, is why she reacts to conflict the way she does. What makes Justin so special is his love for Ashley and his deep desire to protect women’s rights.

BPM: Are there under-represented groups or ideas featured in your book? If so, discuss them.
The issues women face on the job and everywhere, from sexual harassment, equal pay and domestic abuse. All of these issues are discussed in the book.

BPM: How does your book relate to your present situation or journey?
Like myself, the hero and heroine are both college educated, Christian, and business owners.

BPM: Did you learn anything personal from writing your book? Can you share some stories about people you met while researching this book?
Several years ago, I sat on a jury in a sexual harassment case. I couldn’t believe how much people lied under oath until I sat on that jury. Writing this book has taught me to scrutinize our justice system and unjust laws such as “stand your ground.” I spoke with the prominent civil rights attorney who represented the plaintiff in the sexual harassment case. After winning the case, she encouraged me to believe that justice is actually possible for the disenfranchised. After viewing that football player knock his wife unconscious in an elevator, I also began researching “adult women of domestic abuse and how it affects their intimate relationships.” I gave my heroine some of those character traits.

BPM: How can readers discover more about you and your work?
Amazon.com Author Page:  http://www.amazon.com/author/janicedennie